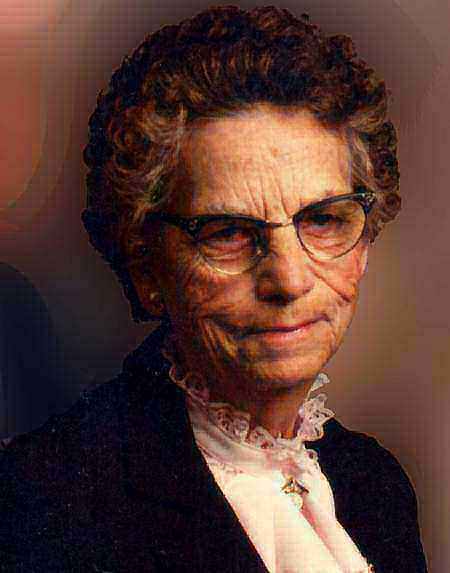 Age 93 passed away at 5:55 A.M. Tuesday, December 20, 2005 at Oakridge Gardens Nursing Center. She was born on May 16, 1912 in Marshall, Illinois the daughter of the late Ray and Lillian (Walls) Burkybile. She graduated from Eastern Illinois University (B.A.) and Western Michigan University (M.A.). On June 4, 1933 she married Frederick Herscher in Marshall, Illinois and moved to Pontiac, Illinois where they worked together in the automotive repair business. They moved to Cassopolis, Michigan in September of 1934. There, they were involved in sales and service for International Harvester for about 20 years. Cecile was a Home Economics/English educator for 22 years in Dowagiac, MI. After her retirement, Mrs. Herscher was an income tax preparer. The Herschers moved to Appleton in 1984. They enjoyed 66 years of marriage before Frederick's death in 1999. Cecile was an expert crocheter and knitter keeping many people warm.

She is survived by her two sons Lester (Elizabeth) Herscher of Big Rapids, MI and their children David, Lauri, and Richard and several great-¬¨grandchildren; and Walter (Susan) Herscher and their children Anne and Brian of Appleton. She was predeceased by her husband, four brothers: Otto, Harry, Hobart, and Dean; two sisters: Effie and Martha, and a grandson Mark.

Funeral services will be conducted on Thursday, December 22, 2005 at 1:30 P.M. at the Wichmann Funeral Home (537 N. Superior Street) with Rev. Kent Ingram officiating. Friends may call at the funeral home from 12:00 (noon) until the time of the service. Entombment will take place at Highland Memorial Park. A Memorial Fund is being established