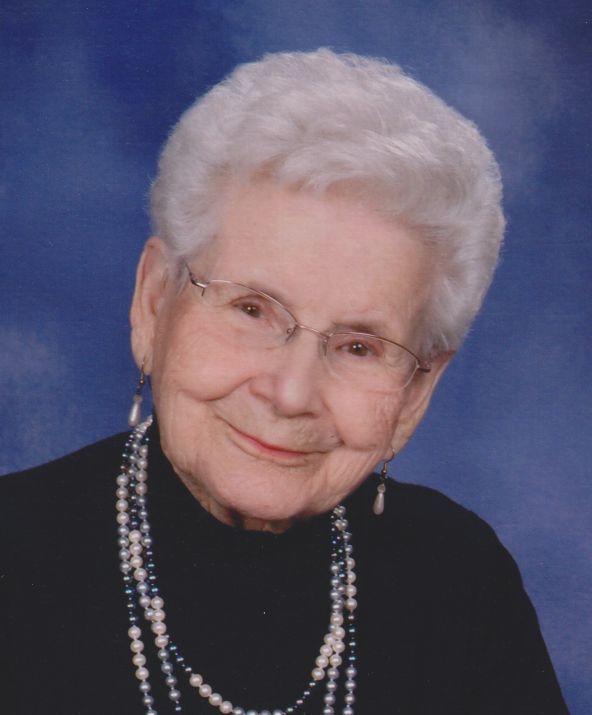 Catherine Seegers passed away at St. Paul Elder Services in Kaukauna on Sunday morning, January 24, 2016. Her 93 years with us were filled with love, and we will all miss her special touch on our lives. Mom was born in Kaukauna on May 26, 1922, daughter of the late Michael and Margaret (Jaekels) Buchinger. She attended St. Mary's School, often getting there on roller skates! As a young girl, she was needed back on the farm after fifth grade to help raise her large family of brothers and sisters. Catherine married Joseph Popp at St. Mary's in Kaukauna in 1941; he preceded her in death in 1984. She later married Louis Seegers in July of 1987; he preceded her in death in 2013. Catherine will be remembered by all for her homemaking and mothering expertise. She cooked, baked, sewed and made clothing, worked on the farm, and wasn't afraid to stoke the wood stove. She was also a member of the Christian Mothers' Society at St. John Parish.

She is survived by nine loving children: Catherine has nine children: Patricia (Gerald) Moehn of Stockbridge; Susan (Judd) Vollmer of Menasha; Frederick (Rosemary) Popp of St. John; Kathleen (Gerald) Theel of Kiel; Peter (Sue) Popp of St. Nazianz; Nancy Robers of Arizona; Gregory (Shirley) Popp of Menasha; Maxine Orth of Cleveland; and Rachel (Paul) Anciaux of Hixton. Catherine also leaves behind 34 grandchildren, 38 great-grandchildren, 2 great-great-grandchildren; a step-grandchild, and three step-great-grandchildren. She is also survived by Louis' sons and their families: Roger (Connie) Seegers of Appleton; Wayne (Janice) Seegers of Fremont; Scott (Judy) Owen of Santa Cruz, California; and Stephen (Beverly) Owen of Hilbert. There are also two sisters-in-law: Dorothy Buchinger and Jeanne Buchinger, as well as several in-laws, numerous nieces and nephews, other relatives and many friends. She was preceded in death by her parents, both husbands, eleven brothers and sisters, a son-in-law: Dennis Orth; a grandson: Douglas Moehn; a great-great-grandson, and a step-grandson.

The funeral liturgy for Catherine will be held at 11:00 AM on Thursday, January 28, 2016 at SACRED HEART CATHOLIC CHURCH, N369 Military Road in Sherwood, with Fr. David Funk, OFM Cap. officiating. Interment will follow in St. John Cemetery, St. John. Family and friends are invited to gather at the church on Thursday morning from 9:00 AM until the hour of the mass. For more information or to share a memory of Catherine, please visit www.wichmannfargo.com.