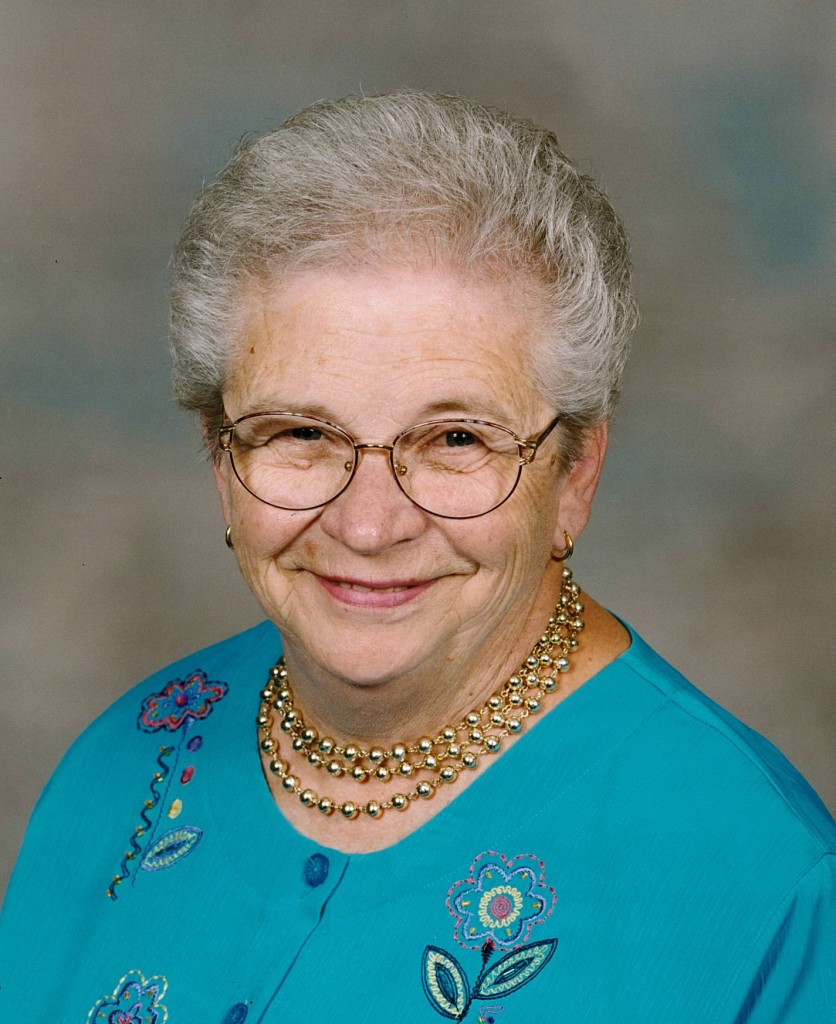 Catherine “Katie” Zelinski age 91, passed away on Tuesday, July 23, 2019, due to complications of Alzheimer’s disease, at Gardens of Fountain Way. She was born on February 10, 1928, in Menasha, daughter of the late Floyd “Butts” and Gertrude (Zenefski) Fenske. Katie graduated from Menasha High School in 1946. On August 7, 1948 Katie was united in marriage to Robert “Bob” Zelinski at St. John the Baptist Catholic Church in Menasha. They were married for 48 years until Bob’s death in 1994.

Before raising her 2 daughters she worked for the Equitable Reserve Association. In later years, Katie worked part time as the St. John the Baptist parish secretary and in the Menasha City Clerk’s office. She was a Girl Scout leader and a member of the St. John the Baptist Rosary Society. In her retirement she volunteered at Theda Clark Hospital, the St. Mary/St. John parish office and LEAVEN. Katie was also St. Mary High School’s first girl’s basketball coach from 1970 to 1977, coaching her daughter, Lois.

In addition to her husband and parents she was preceded in death by her in-laws: Thomas and Thekla (Suess) Zelinski; sister-in-law: Joan Zelinski; brothers-in-law: Bill, Dave and Paul Zelinski; and John Murphy.

A Mass of Christian Burial will be held at 11:30 am on Saturday, July 27, 2019, at St. John the Baptist Catholic Church, 516 De Pere Street, Menasha. Visitation will be held from 9:30 am until the hour of the Mass at the church. Inurnment will take place at St. John the Baptist Cemetery, on Valley Road. In lieu of flowers, a memorial will be established.

Katie’s family would like to extend a sincere thank you to Heartland Hospice and Gardens of Fountain Way for their care given to Katie.