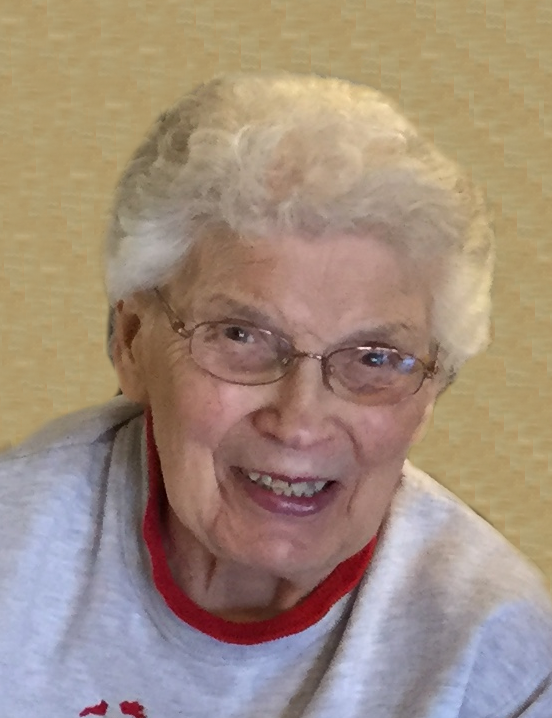 Katie lived a very full 99 years of life. Her quick wit, sense of humor and love of story telling made her a well loved part of the community. Her Kimberly blood ran deep and for 97 years of her life, she lived within a 2 mile radius of the house she was born in. Katie was an avid sports fan and loved cheering on her Kimberly Papermakers as well as her beloved Green Bay Packers, Wisconsin Badgers and Milwaukee Brewers. And with much encouragement from her son and son in-law she was even caught cheering for the Chicago Cubs a time or two.

Katie was the oldest girl amongst her 11 siblings and left school after eighth grade to help raise her brothers and sisters. She went on to work at Kimberly Clark Mill during World War II and later worked at Van Thull’s Bakery, Coenen Meat and Eiting’s Supermarket.

Katie self taught herself to crochet after her retirement and went on to make each of her grandchildren an afghan for their wedding and each of her great grandchildren baby blankets. She enjoyed a good sheepshead game and a cold beer amongst a table of friends and family.

She is survived by her siblings, Margaret Willis, Pat Vandehey and Helen Anholzer.

The funeral liturgy for Katie will be held on Tuesday, February 13, 2018 at 10:30 AM at ST. JOHN NEPOMUCENE CATHOLIC CHURCH, 323 Pine St, Little Chute with Fr. Ron Belitz officiating. A time of visitation will be held on Monday, February 12, from 4:00 until 7:00 PM at the Jansen Fargo Funeral Home and on Tuesday from 9:30 AM until the time of the service at the church. Online condolences may be expressed at www.wichmannfargo.com

The family would like to thank the wonderful care she received from her extended family of caregivers and friends during her stay at Oakridge Gardens in Menasha, especially her favorite nurse, Moe.