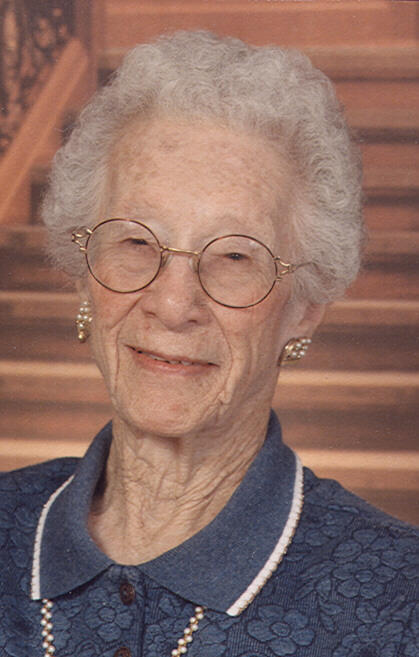 Catherine J. Schumacher, age 99, formerly of Kimberly, passed away Monday evening, April 6, 2009 at St. Paul Home. Catherine was born March 1, 1910 in Little Chute, to Henry and Nellie (Bergman) Bongers. On June 24, 1933 she was united in marriage to the late Martin H. Schumacher at St. John Catholic Church, Little Chute. Martin preceded her in death on June 24, 1947.

For 25 years Catherine worked at Paul Wydeven Insurance as a secretary. She was a faithful member at Holy Spirit Parish, Kimberly and a member of the Catholic Order of Foresters and a past Chief Ranger.

A Funeral Liturgy for Catherine will be held 12:00 noon, Monday, April 13, 2009 at HOLY SPIRIT PARISH, 600 E. Kimberly Avenue, Kimberly. Fr. David Beaudry will officiate. A time of visitation and support will be held at the church on Monday from 11:00 a.m. until the time of service. Burial will take place at St. John Cemetery, Little Chute.

In lieu of flowers, a memorial fund has been established in Catherine's name.

Catherine's family would like to extend a heartfelt thank you to the staff and caregivers at St. Paul Manor and St. Paul Home
for all their wonderful care and support.