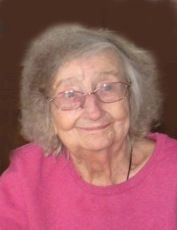 Carrie Krueger, age 86, passed away on Monday, August 26, 2013, after a brief stay at Appleton's Manor Care. Carrie was born in rural Waupaca County on July 16, 1927, daughter of the late Martin and Nellie (Crowner) Ludvigsen. She married Carl Krueger in Clintonville on February 1, 1950. Together, the couple both worked at Lawrence University in Appleton for many years. Carl as a plumber, and Carrie in the food service department. The family was blessed with three children: Jean (George) Weyers of Oshkosh; Wayne Krueger of Appleton; and Douglas (Lani) Krueger of Neenah; six grandchildren: Ed Krueger, Tammy Krueger, Jerry (Sara) Krueger, Heather (Erik) Anderson, Sarah (Jerome) Nettekoven, Frank (Alia) Weylock, Michelle Toonen, and Jennifer (Jerry) Yang. There are also many loving great-grandchildren, and many others who fondly referred to Carrie as “G-Ma.” She also leaves behind three sisters-in-law: Ramona Ludvigsen, Lorraine Ludvigsen, and Dorothy Poppy; and a brother-in-law: David (Edith) Krueger. Carrie was preceded in death by her parents, her husband Carl in 1997, and brothers Earl, Lester (Marion), and Hollis Ludvigsen.

The funeral service for Carrie will be held at 11:00 AM on Friday, August 30, 2013 at FAITH LUTHERAN CHURCH, 601 E. Glendale Avenue in Appleton, with Rev. Leon Knitt officiating. Interment will be in Highland Memorial Park. Friends may call at the Wichmann Tri County Chapel, 3212 S. Oneida Street, on Thursday from 4:00 PM until 7:00 PM, and again Friday morning from 9:00 AM until the time of the service.