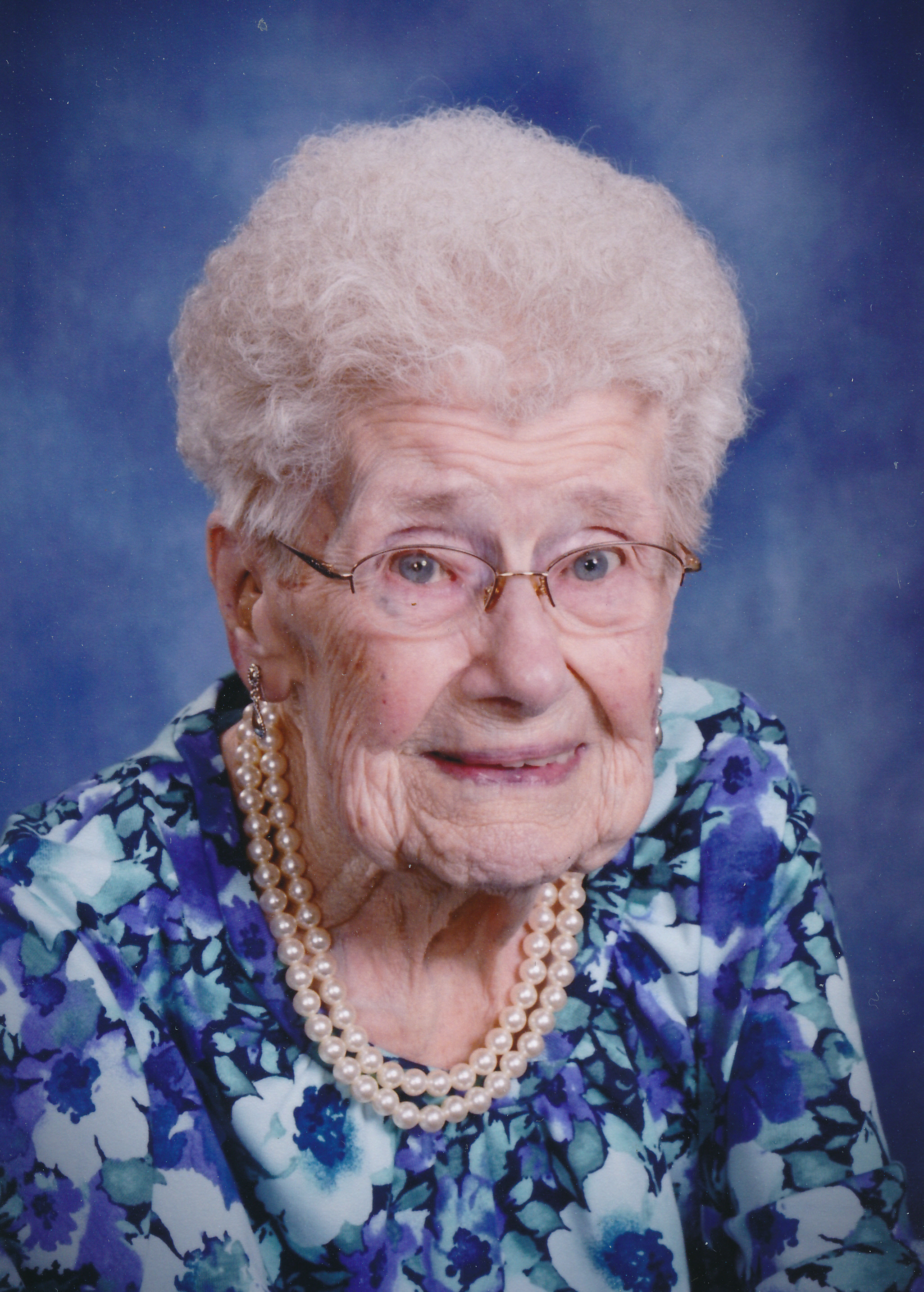 Carral M. Johnson, age 97, passed away on Wednesday, August 5, 2015. She was born on May 28, 1918 to Le Roy and Gena Rasmussen in the Town of Farmington. Carral graduated from Waupaca High School, and she went on to marry Robert Johnson in Huntsville, Alabama on March 30, 1944. Together, Carral and Robert enjoyed 56 years of marriage before he passed away in November of 2000. Carral was a longtime member of Trinity Lutheran Church in Appleton. She was a life member and former president of the VFW. Carral was a loving wife, mother, and grandmother who will be dearly missed.

The funeral service for Carral will be held at 4:00 p.m. on Sunday, August 9, 2015 at the WICHMANN FUNERAL HOME, 537 N. Superior Street, Appleton, with Rev. Brian Bankert officiating. A time of visitation will be held at the funeral home from 3:00 p.m. until the time of the service.

Carral's family would like to thank Brewster Village for all of their wonderful care.