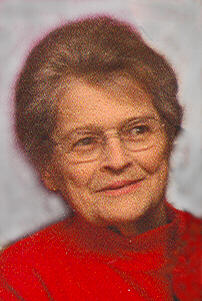 CarolAnn L Meulemans, age 74, of Kaukauna, passed away on May 27, 2009 at St. Elizabeth Hospital. She was born September 9, 1934 in Appleton, the daughter of the late Gordon and Lola (Luchterhand) Elsner. On February 14, 1956, she married Howard Meulemans in Kaukauna. CarolAnn was a member of the Kaukauna Homemakers and enjoyed crafts, baking and her pets. She had a pen pal, Olwen Dawson for 64 years in Australia.

A memorial visitation for CarolAnn will be held from 3:00 to 5:00 p.m. on Friday, June 19, 2009, at the WICHMANN FUNERAL HOME DOWNTOWN CHAPEL. Inurnment will take place at Highland Memorial Park. A memorial fund has been established in her name.

The family would like to extend a special thank you to Appleton Dialysis Center (Fresenius Medical Care), St. Elizabeth Hospital and Ernie and Yvonne Meulemans.