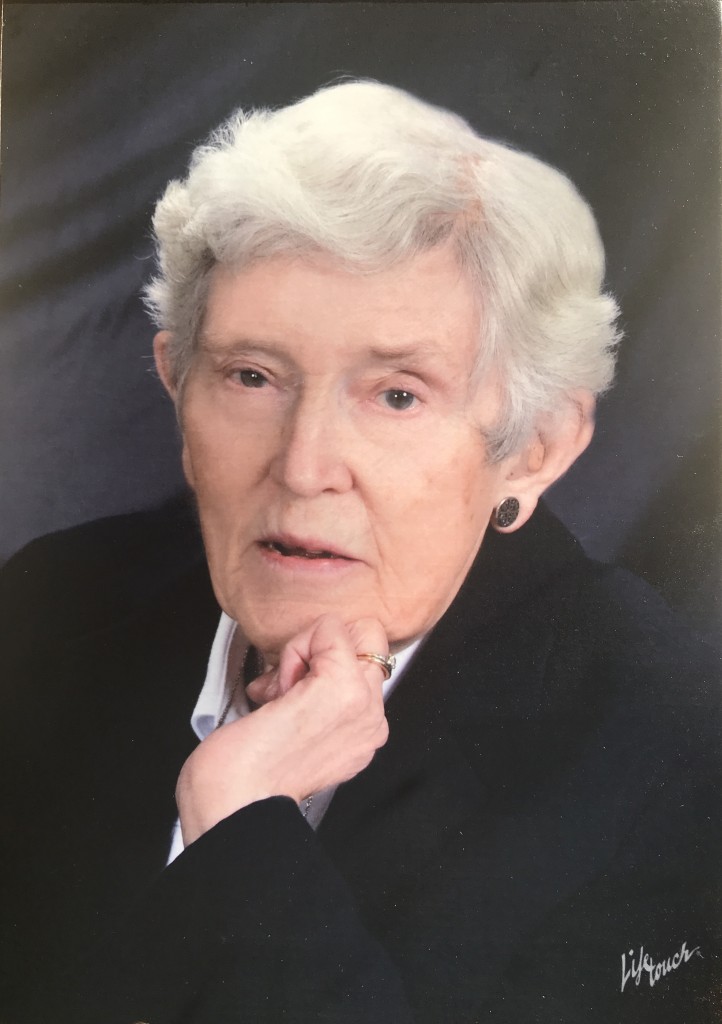 Carol Winton Smith Ligare died peacefully November 11, 2019 in Appleton, Wisconsin, just weeks before what would have been her 90th birthday.

Carol was born December 7, 1929 in Minneapolis, Minnesota to Gordon and Jessie Smith. She graduated from West High School in Minneapolis and attended Carleton College in Northfield, Minnesota where she met her husband, Ken Ligare. They were married in 1950 and, after a brief period in Rhode Island, settled in Appleton and the Fox River Valley. Once Ken retired, they traveled extensively in North America and overseas, frequently backpacking and camping in wilderness areas.

Carol was a dedicated member of her community. She and Ken were active parishioners at All Saints Episcopal Church in Appleton. At All Saints, Carol taught Sunday School, served on the Altar Guild, and made sure her children sang in the church choir. She loved music and supported a variety of local cultural organizations including the Fox Valley Symphony, musicians at the Lawrence Conservatory of Music, and Attic Theatre. She also enjoyed and attended summer band concerts at Pierce Park until the very end of her life.

Carol was an enthusiastic Girl Scout, both as a girl and as an adult. She was a troop leader for many years in Appleton, served in a variety of volunteer leadership capacities with the area Girl Scout Council, and never stopped selling and serving Girl Scout Cookies to her family and friends. She was active with the Appleton Memorial Hospital Auxiliary and organized their annual geranium sale for many years. She also supported Mosquito Hill Nature Center and the Appleton YMCA where she racked up many many laps in the pool.

A staunch advocate of education and reading, Carol was a volunteer reading tutor in the Appleton Public School system for many years after her children were grown, especially with Lincoln Elementary School. She also was a loyal and longstanding member of her book club.

Over the years, she and Ken were active alumni and supporters of Carleton College, serving at various times as members of the Alumni Council, volunteers with the Alumni Annual Fund, Class Agents, and as Alumni Admissions Representatives. In 1995, Carleton College bestowed their Alumni Exceptional Service Award to Carol and her husband for their long-standing and varied contributions to the college.

A memorial service to celebrate Carol’s life will be held Friday, December 13, 2019 at 11 am at All Saints Episcopal Church, 100 N. Drew Street, in Appleton. The family will receive visitors at the church in the Palmer Room from 9:30 – 11:00 am, and again following the service with light refreshments. In lieu of flowers, the family requests donations be made in Carol’s memory to the Girls Scouts of the Northwestern Great Lakes, All Saints Episcopal Church, or a charity of one’s choosing.

The family would like to thank all those who supported Carol throughout her life, especially during the past few years. Of special note are the loving assistance of Trish and Tom Smith, Sara Schnell, Susan McCardell, and Sue Coyle; her many devoted caregivers with Heartland Hospice, Willow Lane Assisted Living, The Heritage, and Home Instead; and the faithful care of Dr. Michael Werner.