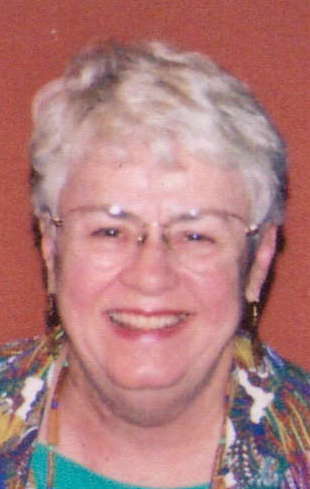 Carol M. Duszak, age 78, died peacefully on Saturday May 9, 2015 after a very tough battle with brain cancer which she was surprisingly diagnosed with in November 2014, after just returning the week before from a cruise through the Panama Canal.

Carol was a dreamer who strongly believed in God and loved the simple things in life like flowers, birds, animals, children, and the elderly. She was a sensitive person with a soft heart who loved her family very much. Her husband Bob was her rock and was always there for her, even to her last breath. Her deep love for him prompted her to a writing called “What Really is Love?” where she describes love as….. “the sound of that special person opening the door at the end of the day, and even if you don't talk to each other, love is just being together. Love is—to stand with your partner and be there for them in these times of hurt and difficulty.”

A summary of her “What Really is Love?” story” (partial autobiography):
******************************************
At age 15 I met this nice young man while roller skating at the “Hub” Roller Rink in Chicago. He asked me to skate the waltz and some of the other dances which required partners. We were pretty good together. This first meeting began our relationship of love. I was basically shy and young for my grade. At age 15, I was already a Junior. In Chicago, you were able to begin first grade at age 5, which is what I did. Being so young, is not always the best thing, as you don't really gain the self confidence you need to fight the perils of the world.

Neither of our families were affluent, so working was part of surviving.

We married in August of 1956, Bob at age 21 and me at age 19. Bob had two years of school left to get his degree, so I worked and he went to school. Oh, yes, he played golf too. Golf was his great love and is still today. Our first apartment was a one room kind of studio in what I call the oldest house in Urbana, Illinois. We ate, slept and worked in the same room. The tiny kitchen was not big enough for a table, so we moved the refrigerator against the back door to have enough room for me to turn around when I cooked. The bathroom was the kind where you could sit on the toilet, brush your teeth and wash your feet all without moving.

Our first child, a girl was born in December of 1958. I came home from the hospital with her on Christmas Day. What a wonderful gift. I had thought we had agreed on the name “Lauren”, but when Bob saw her, he said to me “her name will be Kathleen”. And so, we have a Kathy. The birth of your first child is so special. It's like your love is so strong. This love has made this beautiful child.

Two years later we would have a son, almost born on Kathy's birthday. Michael came home from the hospital on Christmas Eve and was baptized on Christmas Day. This should always make him special. Well, they all are special in their own special ways. When Mike was six months old, we took a driving trip with my folks to see the Black Hills of South Dakota and by the time we came back, I was eating soda crackers to settle my stomach. Child number three was on it's way. And then we had Ron.
Two years later, I was pregnant again, but from this point on, I would not have such good luck carrying our babies. All made out of love, we would lose three over a period of about six years.

Heartbreaking to say the least. The first little boy was full term. We named him Robert Michael, Jr. and I hoped his father's strength would pull him through. I held him when he was first born and he looked just like his sister when she was born, so beautiful. It wasn't until later that day that we found out there was a breathing problem. He lived two days. All I remember is Bob entering the dark hospital room in the middle of the night and that is when I knew he was gone. He's my Angel that watches over me and his Dad. Two years later we were to lose a little girl, stillborn at eight months and two years later, we lost another son at five months.

To me, love is the sound of that special person opening the door at the end of the day. Even if you don't talk to each other, love is being together. And this is my true love story. -Carol M. Duszak
******************************************
As the owner of Travel Design for 20 years, Carol was blessed to be able to travel the world, visiting over 80 different countries, with her favorite being Africa. She escorted many groups for the late Father Janssen, the first pastor of St. Bernard's Catholic Church in Appleton, of which she was a member. Carol and Bob loved to take cruises, especially with Holland America where they earned 4 Star Mariner Society status for taking more than 40 cruises to places like the Caribbean, Panama Canal, and the South Pacific.

Carol was an avid golfer, so during her retirement years, Carol escaped the cold Wisconsin winters with Bob and played a lot of golf in Green Valley, Arizona, where she had a separate family of friends in Arizona. She was a member of Canoa Hills Golf Club & San Ignacio Golf Club, Green Valley, Arizona. In Wisconsin, she was a past member of Fox Valley Golf Club, Ridgeway Country Club, and Butte des Morts Country Club all in the Appleton area.
Carol loved to craft, sew, knit, garden, and loved music. During her radiation treatments, she would sing out loud for all the nurses, “Somewhere over the Rainbow”.She was a life member of St. Elizabeth's Hospital Auxiliary, Apple Tree artisans in Appleton, and the Green Valley, Arizona Ladies Elks.

Carol was preceded in death by her parents: Harold and Mae (Botheroyd) Collis of McHenry, Illinois. Her sister, Patricia Olson, her brother, Kenneth Collis, and her 2 “babies”, Robert Michael Jr. (Carol and Bob's Angel that watches over them) and Mary Florence, both buried at St. Joseph cemetery Appleton, a special place she would visit every Memorial Day.

She will be deeply missed by her husband & best friend of 58 years, Robert M. (Bob) Duszak. She is also survived by her 3 children and their spouses: Kathleen& Peter Metz, Michael, and Ronald& Paula (Hojan), her 5 grandchildren: Justin & Phyllis (Lin), Jennifer, Colin, Sara Lyn, and Bryce, and her great grandson: Logan. They all had a very special relationship with their “grandma” and they will miss her very much.

A simple memorial service for Carol will be held on Monday May 18, 2015 5:00 p.m. – 7:00 p.m. at WICHMANN FUNERAL HOME, 537 N. Superior Street, Appleton. In lieu of flowers, contributions can be made to memorialize Carol M. Duszak to The Preston Robert Tisch Brain Tumor Center at Duke, DUMC Box 3624, Durham, NC 27710. You may also go to: www.cancer.duke.edu/btc, click “read more” under Matthias Gromeier MD, then click “online donation form”. Your generous donation will assist in further research for a cure of the Glioblastoma Multiforme (GBM) brain tumor. Progress is being made with the injection of the polio virus, and Carol hopes that others will someday benefit from this research.

The family would like to thank St. Elizabeth hospital and especially nurse Rachel for her compassionate love and care, Heartland Home Care and Hospice, especially Shelly, Susie and Ashley, for their love and therapy assistance and the Rennes Skilled Nursing/ Rehab facility, where she spent her last days comfortably.

Carol will be remembered for her lively spirit and her ability to put her family and friends before herself. Her last words to her family were “You are going to be OK” and “Please take care of your dad”! As we are sure that all who knew Carol would agree, the world will be a far less interesting place without Carol it in.