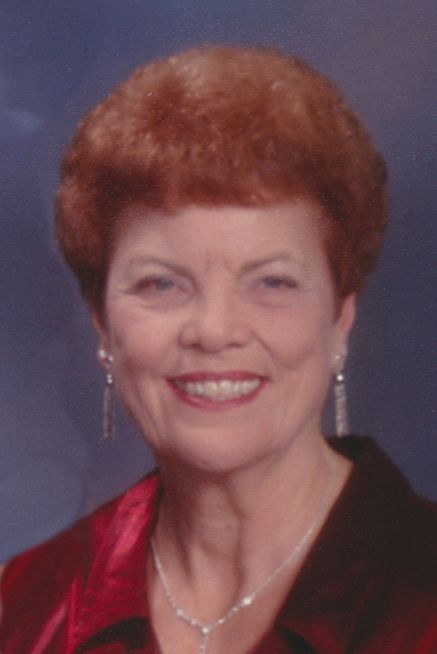 Mrs. Carol C. Lichtfuss (Thyssen), age 81, entered into heaven at 8:30 A.M. on Tuesday morning, January 26, 2016, with her loving husband at her side, at Grand Horizons following her bout with Alzheimer's.
Carol was born on May 11, 1934 in Appleton, where see was a resident all her life. She attended St. John's Catholic High School in Little Chute and graduated in 1953. She was employed by Appleton Specialty Co., Tuttle Press, Art Fair, and Chesapeake Corp. When not at work, Carol did many things to keep herself busy and entertained. She raised 5 children with a great deal of love, she enjoyed playing sheepshead with her lady friends and at family gatherings. Carol enjoyed camping with family, friends, and relatives and taking numerous trips with her husband “Whitey”.
Carol is survived by her husband of 60 years, Frank “Whitey” Lichtfuss Sr., four sons and one daughter: Bill (Sue) Lichtfuss of Hortonville, Frank Jr. (Gloria) Lichtfuss of Berlin, John (Natalie) Lichtfuss of Collierville, TN, Sharon (Michael) Hord of Conyers, GA, and Tony (Amy) Lichtfuss of Neenah, fourteen grandchildren: Bill, Bradley, Erika, Nathan, Jeremiah Lichtfuss, Bryan Lichtfuss, Heather (Paul) Stinson, Libby (Austin) English, Matt Sanders, Robyn Baumstark, Holly Baumstark, Ryan (Andrea) Lichtfuss, Cody and Jake Lichtfuss, three great-grandchildren: Cameron Baumstark, Aubryn and Sebastian Stinson. She is also survived by sister-in-law Bernice Thyssen, Appleton, brother-in-law Bob Lichtfuss, Appleton, and sister-in-law Maggie Diener of Oshkosh.
Carol was preceded in death by her parents, William and Eleanor (Tilly) Thyssen, her brother James Thyssen, brother-in-law's Herman Diener, Ken (Worm) Lichtfuss, sister-in-law's Arlene Lichtfuss, Marian (Weisiple) Lichtfuss, and grandson Aaron Lichtfuss.
The Funeral Liturgy for Carol, celebrating her new life in Heaven, will be held at 11:00 A.M. on Saturday, January 30, 2016 at ST. THOMAS MORE CATHOLIC CHURCH, 1825 N. McDonald St. with Father Gerald Falk officiating. Visitation will be at WICHMANN FUNERAL HOME, 537 N. Superior St. on Friday, January 29, 2016 from 4:00 P.M. until 7:00 P.M. and again at CHURCH on Saturday, January 30, 2016 from 10:00 A.M. until the time of Mass. Online condolences may be expressed at www.wichmannfargo.com.

In lieu of flowers, memorials may be sent to Asera Care Hospice in Carol's memory.