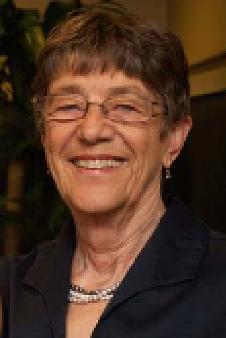 Carol Jean Stuyvenberg (formerly Haase), age 70, passed away on Thursday, June 9, 2011, at her home in Kimberly. Carol was born on December 29, 1940, in Combined Locks, daughter of the late Arthur and Johanna (Wulterkens) Vanderheiden. She graduated from Kimberly High School in 1959. On June 18, 1959, she was married to Sheldon Haase; he preceded her in death in 1990. Carol was married to Eugene “Gene” Stuyvenberg on November 13, 1993 at Holy Name Catholic Church, Kimberly. Carol worked as a cook at the Lox Club, and then as a clerk at the Kimberly Pharmacy. She enjoyed playing cards, especially cribbage and sheepshead. Carol and Gene loved to travel, taking trips to Texas and Florida, and two Caribbean cruises. She also loved to fish with Gene, and was fond of sewing, knitting, and crocheting. Carol was an avid golfer, and achieved a hole-in-one on the 12th hole at Fox Valley Golf Club.

The funeral liturgy for Carol will be held at 11:00 a.m. on Tuesday, June 14, 2011, at HOLY SPIRIT CATHOLIC CHURCH, 600 E. Kimberly Ave., Kimberly, with Fr. David Beaudry officiating. Friends may call on Monday, June 13, 2011, at the JANSEN-FARGO FUNERAL HOME, from 4:00 p.m. until 7:00 p.m., and again on Tuesday from 10:00 a.m. until the time of the mass. A prayer service will be held at 7:00 p.m. on Monday evening at the funeral home. Entombment will take place at Highland Memorial Park, Appleton. Memorial contributions in Carol's name may be made to ThedaCare Hospice, or to Holy Spirit Parish. The family would like to extend a sincere thank you to Amanda and all of the nurses with ThedaCare Hospice for their care, compassion, and support.