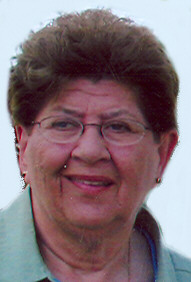 Age 72, passed away peacefully on Saturday, March 24, 2007, at Theda Clark Medical Center.
Carol was born July 25, 1934, in Clintonville, the daughter of Roy and Adeline (Kratzke) Melzer. She was united in marriage to Mark P. Van Vreede on May 11, 1957, in Appleton. The Van Vreedeâ€šĂ„Ă´s were lifetime residents of the Fox Valley.
Carol loved to shop, she was a great baker and cook, and traveling to Branson was a favorite. She enjoyed being with family and friends, and lived for her grandchildren. Carol liked sharing stories and a practical joke was always welcome.

Funeral services for Carol will be at 6:00 p.m. Tuesday, March 27, 2007, at WICHMANN TRI-COUNTY CHAPEL. Visitation will begin at 3:00 p.m. Tuesday until the time of services at Tri-County Chapel. A memorial fund in Carolâ€šĂ„Ă´s name has been established.
The family would like to extend a special thank you to Judy on the 4th floor and Theda Clark Hospital for her compassionate care.