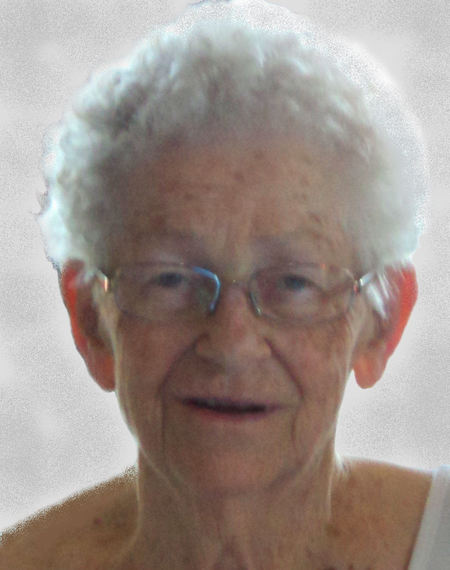 Carol J. Ashauer, age 85, of Kaukauna, passed away on Friday, November 16, 2012 at Grand Horizons. She was born on July 5, 1927, in Appleton, the daughter of the late Albert and Mabel (Paschen) Reinholz. On February 1, 1947, Carol married Leon Ashauer at Holy Cross Catholic Church in Kaukauna. She enjoyed painting, quilting, antiquing, doll collecting, and gardening. Carol also loved to care for and feed the many birds that visited her yard. She will be remembered for her love of spending time up north at the cabin near Mountain, and traveling with Leon. Carols favorite flower was the trillium, and she enjoyed being outdoors, along with spending time with her family.

The funeral liturgy for Carol will be held at 12:00 Noon on Tuesday, November 20, 2012 at Holy Cross Catholic Church, 309 Desnoyer Street in Kaukauna. Msgr. Jim Vanden Hogen will be officiating. Burial will take place at the parish cemetery. Friends may call on Tuesday at the church from 10:00 am until the time of mass. Online condolences can be expressed at www.wichmannfargo.com.

The family would like to thank the staff at Grand Horizons and Southern Care Hospice for your excellent care and compassion.