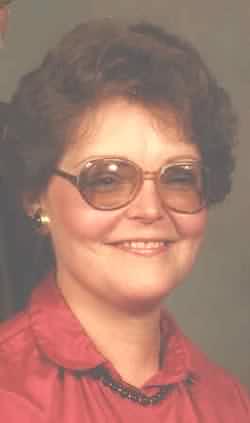 Age 57, passed away on Tuesday, July 24, 2001 at Cherry Meadows Hospice at Peabody Manor following a courageous battle with cancer. She was born on August 1, 1943 in Stevens Point, Wisconsin, the daughter of Carl and Esther (Falkavag) Ludwikowski. She graduated from P. J. Jacobs High School in 1961. On June 12, 1965 she married Kenneth Schirmacher in Stevens Point. Carol was employed by Sentry Insurance Company for 5 years until ill health forced her to retire. Some of the best memories of her life were trips to Florida and Disneyland with her husband. Carol loved to be creative with needlepoint, especially making pictures of flowers, loved painting Teddy Bears on sweatshirts, and made slippers for friends.

Survivors include her husband Kenneth of Appleton, her mother Esther Ludwikowski of Stevens Point, Wisconsin, her sister Gail (Ed) Falkavag of Gresham, Oregon, her aunt Lorraine Falkavag of Stevens Point, and many nieces, nephews, friends, and other relatives who will miss her dearly. She was preceded in death by her father Carl Ludwikowski, and her brother Donald Ludwikowski.

Funeral services will be conducted on Saturday, July 28, 2001 at 11:00 AM at the Star of Hope Chapel at Highland Memorial Park with Sister Joanne Goessl officiating. Entombment will take place in the Chapel Mausoleum at Highland Memorial Park. Friends may call at the Star of Hope Chapel on Saturday from 9:30 AM until the time of the services. A memorial fund is being established.