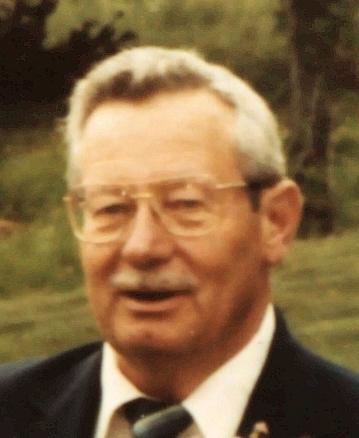 Carlton G. Brown, age 82, passed away on Thursday, July 18, 2013, at Appleton Medical Center. He was born on January 8, 1931, to the late Wilfred and Josephine Brown, and graduated from Kaukauna High School. Carlton proudly served his country in the Marines and received undergraduate and graduate degrees from UW-Stout. On August 20, 1955, he married Helen Brotz, and they spent 57 years together. Carlton taught Industrial Education in New London and Kimberly before retiring in 1988.

He loved bowling, hunting, fishing, woodworking, design, building and flying r/c airplanes with Valley Aeromodelers, and spending time at the cottage on White Potato Lake. Carlton enjoyed music and played many instruments including the piano, organ, clarinet, and dulcimer. He especially enjoyed playing the dulcimer at senior residences and nursing homes with Helen. Carlton was very proud that he built two of the family's homes and the cottage on White Potato Lake.

He was preceded in death by his parents Wilfred and Josephine (Mignon) Brown; and brothers, Richard, Donald, and David Brown.

Funeral liturgy will be held at 11:00 a.m. on Monday, July 22, 2013, at ST. PAUL CATHOLIC CHURCH, 410 E. Wallace Street, Combined Locks with Fr. Andrew Kysely officiating. Visitation will be held at the church from 9:30 a.m. until the time of service. In lieu of flowers, a memorial fund has been established in Carlton's name.