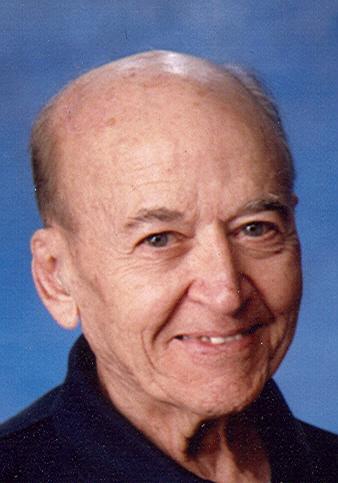 Carlton D. Bergman<br>Appleton<br>Age 89, passed away peacefully at Colony Oaks Care Center on Sunday December 31, 2006. Carl was born October 19, 1917 in New London son of the late Hugo and Grace (Peiper) Bergman. He married Rosella Goehler on May 26, 1951 and she survives him. Carl was a U.S. Veteran serving in the Army Air Corps as a staff sergeant in the Pacific Theater. After the war he came back and worked at Service Bakery. He retired at the age of 72 from Clean Towel Linen Service. Carl enjoyed spring fishing at the Chippewa Flowage with his brothers, gardening and taking care of his yard. In addition to his wife Rosella he is survived by his children Nancy (Charles) Lang, Canton, Michigan; Mary Ann (Robert) Lamers, Fond du Lac, Wisconsin; grandchildren, Jeffery and Joseph Lamers, Fond du Lac; Nicole and Phillip Lang, Canton, Michigan; brothers and sisters, Irma West, Arizona; Sally Mathison, Thomas (Jean) Bergman, of New London, Dick Bergman, Milwaukee; brothers and sisters in law, Bernice Williams, Marie Achterberg, June Bergman, Ione (Cyril) Loughrin, Jerry (Mary) Goehler, all of Appleton. Carl is preceded in death by a son in law Jeffrey Bloy, brothers Norvell, Wallace, and David Bergman; and a sister June Miller, and several brothers and sisters in law. <br>Funeral Services for Carl will be held at 11:30 A.M. Thursday January 4, 2007 at St. Bernadette Catholic Church 2331 East Lourdes Drive, Appleton. Visitation will be held at the church from 9:30 until the time of services. A memorial is being established.<br><br>The family would like to thank Theda Care at Home Hospice and Colony Oaks Care Center.<br><br>WICHMANN FUNERAL HOME<br>537 North Superior St.<br>Appleton 54911<br>www.wichmannfuneralhomes.com<br><br>