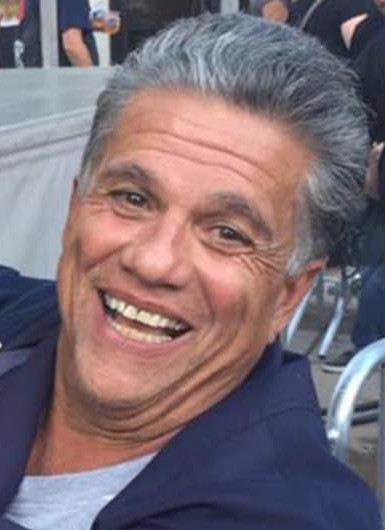 Carlos Conde Boytel died December 26, surrounded by family and friends after a short battle with cancer. He was known for his youthful spirit, his sense of adventure, and his unparalleled knowledge of the world.

Carlos was anything but common and ordinary. He was born on January 29, 1950 to the late Jose Ramon Conde Copa and Estrella Boytel Jambu in Santiago de Cuba. As a stow away on a Cyprian sugar freighter, he left Santiago, Cuba in March of 1970 to flee Fidel Castro’s regime, landing in Durban, South Africa. Although Carlos gained political asylum there, he was resigned to the fact that he would never see his parents nor younger brother again. Having nothing but hope and a tenacious spirit to succeed, he lived at the YMCA, began working as a laboratory assistant, and promptly took English classes at the Technical College so he would be better prepared to continue his university studies. Knowing his education was of utmost importance, he pursued a degree in chemical engineering at the University of Natal in South Africa and continued to learn French whiled he worked for an international company there.

Carlos’ infectious charm and intelligence quickly gained him life long friends and acquaintances. He became a citizen of South Africa where he resided for thirteen years and worked as a chemical engineer. During that time, Carlos would vacation in the United States where he was reunited in New York with his Cuban childhood friend and future wife Natalie Cádiz. They later married January 5, 1983.

In 1983 Thilmany Papers of Kaukauna quickly hired this affable chemical engineer where he worked as an international sales representative. Because Carlos aided the company’s successful initial effort to establish an export sales department, in 1988, he was appointed sales manager, Europe. He and his wife Natalie relocated to Dusseldorf, Germany where they continued exploring their love of all things gastronomic and linguistic. It was here that Carlos became a wine and cheese connoisseur while honing his already acquired knowledge of German and obtaining his MBA through Boston University in Holland at the U.S. military base. Carlos and Natalie moved back to Appleton In 1991 after Thilmany promoted Carlos to Manager, International Sales.

Later in 1995 Carlos Conde Boytel was hired by International Papers where he transferred on an expatriate assignment in Mexico for seven years. Carlos and “Naty” quickly adapted to their Latin American home in Mexico City where they frequented art museums, played golf, and entertained friends and family with Mexican cuisine and mariachi bands. Let it be noted that Carlos shot two holes in one in two different countries.

After taking early retirement from International Papers at the age of 55, Carlos was an independent contractor working for Thilmany Papers and Coating Excellence.

Carlos was a loyal friend and a deeply committed family man. Through his years of international living he made great effort in staying in touch by playing an active part in the lives of nieces, nephews, and extended family. From graduations, birthdays, and sporting events to annual Memorial Day, 4th of July, and Labor Day celebrations, He connected cross culturally and generationally. His youthful spirit related him best to the “millennials”…and they with him. Carlos was unique and beloved.

He is survived by his best friend and wife Natalie Conde Boytel, brother, sister-in-laws, and extended family of cousins, nieces, nephews, and godchildren.

Carlos were preceded in death by his parents and a brother. A memorial fund for cancer research will be established along with other charities.

A special thanks to our extended family The Knuths, The Gaults, and the Bechers.
To leave a special message or condolences for Carlos’ family, please visit wichmannfuneralhomes.com.