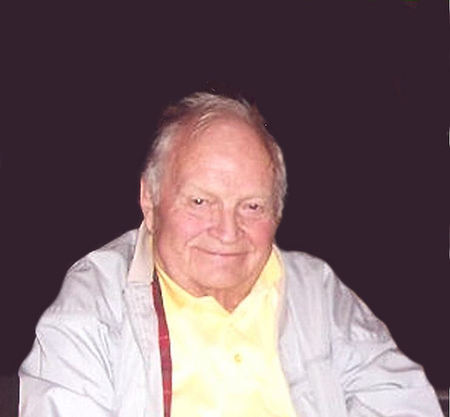 Carleton Selig, age 88, of Appleton, passed away on Wednesday, October 2, 2013 at his home. He was born on January 18, 1925 in Appleton, the son of the late Raymond and Veronica (Tracy) Selig. On November 28, 1946, Carleton married Marie O'Neil in Oconto. He was a licensed master plumber along with his father and brother, operating Selig & Sons Plumbing. Cully retired in 1990 as the Plumbing Inspector with the City of Appleton.

He kept his mind sharp by doing crossword puzzles, and anything to do with words – he fancied himself as a “lexicologist”. His family meant everything to him; he was a very generous and loving father, grandfather, and friend. Cully was there for everyone! He was an avid fan of the Brewers, Badgers, and Packers. Anyone who knew Cully, knew he was proud to be a registered Democrat.

The funeral liturgy for Cully will be held at 11:00 am on Tuesday, October 8, 2013 at Sacred Heart Catholic Church, 222 E. Fremont Street in Appleton. Fr. Bob Lexa will be officiating. Inurnment will take place at St. Joseph Cemetery, Appleton. The family will receive visitors at the Wichmann Funeral Home Tri-County Chapel on Monday from 4:00 pm until 7:00 pm and again at the church on Tuesday from 10:00 am until the time of mass. A prayer service will be conducted by Deacon Don Gigure at 7:00 pm. Online condolences can be offered at www.wichmannfargo.com.

Cully's family would like to thank the Emergency Response Team, and the doctors at St. Elizabeth Hospital, who assisted our father during his final days.