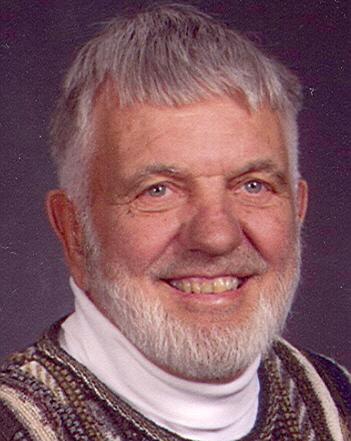 Carl Nelson age 75 departed from his earthly life due to cancer at St. Paul‚Äôs Elder Services peacefully on June 10th, 2006 surrounded by his loving family. He was born May 6th, 1931 to Bernard and Sophia (Rhode) Nelson in Cumberland, WI. He graduated from Rhinelander High School in 1950 and later furthered his education at Stevens Point State College and Stout, Menomonee Falls.
Carl served his country in the U.S. Air force Sea Rescue Division during the Korean Conflict and was mostly stationed in Alaska.
On February 4th, 1955 he married Phyllis Bonack at Zion Lutheran Church, Rhinelander. They celebrated their 50th wedding anniversary in 2005 on a family week-end gathering in Wisconsin Dells.
He was employed at Theo Utschig Inc. for 24 years, then at Lunda and Boldt Construction until he retired from the Carpenters Union Local 995 in 1994. Carl‚Äôs many years of construction experience led him and Phyllis to be enthusiastic volunteers for Wisconsin Lutheran Synods, Builders for Christ Projects for 6 years. They often left their rural Appleton home for many months and traveled the United States in their 5th wheel to live on sites where they assisted in the building of mission churches and school additions. Carl and Phyllis facilitated 17 churches and school additions during his retirement time on earth.
He also enjoyed hunting, fishing, camping, snowmobiling, boating, wild life and cards. He especially valued the time spent with his children, grandchildren, friends, and loved giving a helping hand. Carl was very instrumental in Little League & Scouting leadership in Freedom, WI and was honored to have the first Eagle achievement in the Nelson generation through his grandson Kevin Nelson. He was a faithful member of St. John Evangelical Lutheran Church, Town of Center.
Cancer came in June 2005 and further complications resulted from a vehicle accident later that year while enjoying his passion: ‚ÄúDeer Hunting‚Äù. Carl along with his faith and ‚ÄúPOSITIVE ATTITUDE‚Äù was a miracle patient. He worked hard in his rehab, and thanks to the loving care provided by the staff at St. Paul‚Äôs, was able to walk with assistance of only a walker!
Carl will be sadly missed by his wife Phyllis: 3 sons, 2 daughters and 7 grandchildren. Jayson (Lynn) Nelson ‚Äì Appleton; Mitch (Ruth) Nelson, and their children Kevin and Dan Nelson ‚Äì Kaukauna; Michael Todd (Debbie) Nelson and their child Justin Nelson ‚Äì Rhinelander; Cindi Ritcey Fox (Bill Ritcey), and her children Bryan & Clark Fox ‚Äì Kimberly; Lisa (Tom) Borchert and his children John and Susan Borchert ‚Äì Neenah.
He is survived by his sister-in-law and brother-in-law Bob and Lorraine Torgerson.
In addition to his parents, he was preceded in death by a brother Donald, and his mother-in-law and father-in-law Chris & Clara Bonack.
You were a loving Son, Husband, Dad, Father-in-law and Grandpa. You will never be forgotten and will always be in our hearts.
Funeral services for Carl will be held at 12:00 PM Wednesday June 14th 2006 at ST. JOHN EV. LUTHERAN CHURCH, N3505 Hwy 47, with Reverend Jeffrey Suhr officiating. Entombment will be in Appleton Highland Memorial Park Mausoleum, which Carl built. Friends may call at the funeral home from 4:00 ‚Äì 8: 00 PM Tuesday June 13th and on Wednesday at the church from 11:00 AM until the time of service. There will be a memorial service at the funeral home Tuesday evening at 7:00 PM. In lieu of flowers, a memorial fund has been established for Builders for Christ in honor of Carl‚Äôs legacy to continue the building of God‚Äôs Homes!

‚ÄúI pray that I may live to fish until my dying day.
And when it comes to my last cast, I then most humbly pray.
When in the Lord‚Äôs great landing net and peacefully asleep,
That in His mercy I be judged Big Enough To Keep!‚Äù