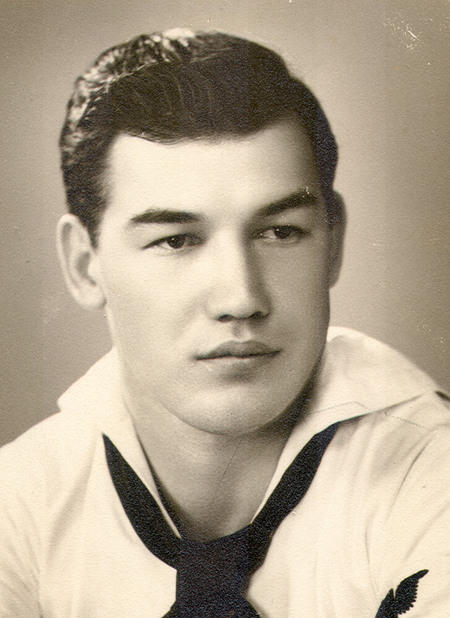 Carl F. Nemeth, 86, of the town of Menasha, passed away on Sunday, November 15, 2009 at Manor Care.
Carl was born on July 4, 1923 to Karl and Kathleen Nemeth in Osage, Iowa. Carl served in the US Navy before and during WWII achieving the rank of Yeoman first class. He was in Pearl Harbor on December 7, 1941 and served in the submarine fleet doing 6 war patrols and served on the last submarine made in Manitowoc the SS Mero. Carl married Elizabeth Kamke on July 27, 1946 in Appleton. Carl worked for Consolidated Paper as a master electrician and retired in 1982 after 36 years. He was a member of Sacred Heart Catholic Church, and was an usher there. He also volunteered at the Salvation Army, St. Elizabeth's Hospital, and the submarine veterans. Carl was a die hard Cubs fan, liked to fish, play cards, read, garden and also was a baseball umpire.

Funeral services will be held on Thursday, November 19, 2009 at 6 PM at the WICHMANN FUNERAL HOME TRI COUNTY CHAPEL (3212 s. Oneida St.) with Father Robert Karuhn officiating. Burial will be in the St. Joseph Cemetery. A visitation will be held on Thursday, November 19 from 4 PM until the time of services at the Funeral Home. The family would like to extend a special thank you to the staff at Heartland Hospice and Manor Care and especially, BJ, Betty, Monica, Danielle, Roxie, Melanie and Rachel.