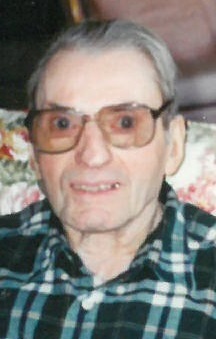 Carl Otto Haack Sr., died peacefully on Wednesday, January 25, 2017 at American Grand in Kaukauna, Wisconsin. Carl was 98 years old. He was born May 9, 1918 in Fenton, Iowa. He was the youngest of ten children and last remaining child of the Ernest and Bertha (Justman) Haack. He served with the 1339th Army Engineer Corp in World War II stationed in the European Theater and the South Pacific. Carl was employed by Riverside Paper as a machine operator for 36 years until his retirement in 1983.

Carl moved to Appleton, Wisconsin in 1947 and two years later married Helen Lorrain (Weitz) Haack in Kaukauna, Wisconsin. He and Helen enjoyed 34 years of marriage until Helen's passing in 1983. In his younger years he and his brother Gus would travel to Wrigley Field to see the Cubs play. He was a life-long Cub fan as well as a Green Bay Packer Fan. In his free time Carl enjoyed playing cards with friends, fishing and cooking.

The family would like to express a sincere thank you to all his caregivers through the years. The late Dr. Simon Chekasky, Dr. Alan Cherkasky, Community Care Partnership, the staff at American Grand and all his friends and staff from the former Pioneer Village.

In lieu of flowers, memorials in Carl's name to a charity of your choice appreciated.