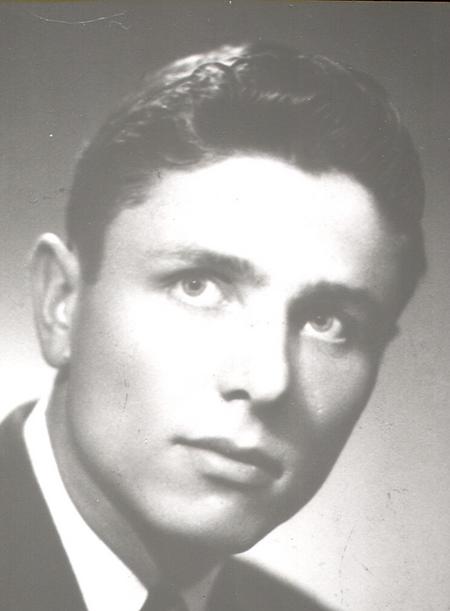 Carl (Nip) A. Van Epern age 73, passed away after a courageous battle with Multiple Sclerosis (MS) on March 10, 2007. He was born on August 17, 1933 in Kaukauna, WI, to the late William and Faye (Meulemans) Van Epern. He was a graduate of Kaukauna High School, Class of 1952. After graduating he served with the U.S. Air Force during the Korean Conflict from 1952 ‚Äì 1956. He later worked at Badger Northland and went on to graduate from Fox Valley Technical College as a Journeymen Machinist and a Journeymen Tool and Die Maker. Carl was one of the original founders and past officer of Fox Valley Tool and Die, Kaukauna, until Multiple Sclerosis forced his early retirement. On April 4, 1959 he married Dolores Rademacher at St. Paul‚Äôs Catholic Church, Wrightstown. Carl is survived by his wife of 47 years Dolores, four sons and their families, Steve (Anne) Van Epern and their sons, Calloway and Wesley, Minneapolis; Mark (Traci) Van Epern and their daughters, Alexa and Shayna, Charlotte, NC; Dean (Barb) Van Epern and their daughter, Miranda and son, Reed, Kaukauna; Don (Lynn) Van Epern and their sons, Colton and Lane, Sheboygan; a brother, Roy (Sally) Van Epern, Iola; sisters, Marion (James) Kobussen, Kaukauna; Karen (Rick) Ramstack, Nekoosa; a sister-in-law, Helen Van Epern, Kaukauna; brothers-in-law, Leo Vande Loo, Kaukauna; Roger Wolf; in-laws, Marvin (Betty) Rademacher, Wrightstown; Marlene (Ed) Fischer, Wrightstown; Helen (Gene) Brick, Askeaton. Carl was preceded in death by his grandson, Russell Van Epern, brothers, Ray, Dick and Donald Van Epern, sisters, Helen Vande Loo and Mary Lou Wolf, sister-in-law, Beatrice (Beatty) Van Epern. He was a member of Holy Cross Catholic Church, Kaukauna, the V.F.W. Post 3319, and the Knights of Columbus Council #1033. Carl‚Äôs entry into the Wisconsin Veterans Home on June 6, 1990 signified a significant loss, loss of daily companionship with the love of his life, Dolores and his 4 sons. This admission also signified that Carl‚Äôs MS had progressed to the point that his days of independent living were over. Though Carl faced many losses and challenges he always maintained his sense of humor and sharp mind. To the many of you who visited him in his room you will remember the countless pictures and mementos of his many friends and loving family that he was excited to share‚Ä¶ I want to say Thank You to the staff at the Wisconsin Veterans Home, King (Mac Arthur Hall)‚Ä¶ Thank you all for taking such wonderful care of Carl. The funeral liturgy for Carl will be held at 11:00 am, Wednesday, March 14, 2007, at HOLY CROSS CATHOLIC CHURCH, 309 Desnoyer Street, Kaukauna, with Father Jack Mullarkey officiating. Burial will be in Holy Cross Cemetery. Friends may call at the funeral home from 4 to 8 pm, Tuesday and on Wednesday at the church from 10:00 am until the time of the mass. There will be a parish prayer and scripture service at 7:00 pm Tuesday. A memorial fund is being established.

Carl, our time together on earth has ended, you are now in Gods arms. I will be strong knowing that you are now watching and caring for me and once again walking by my side.