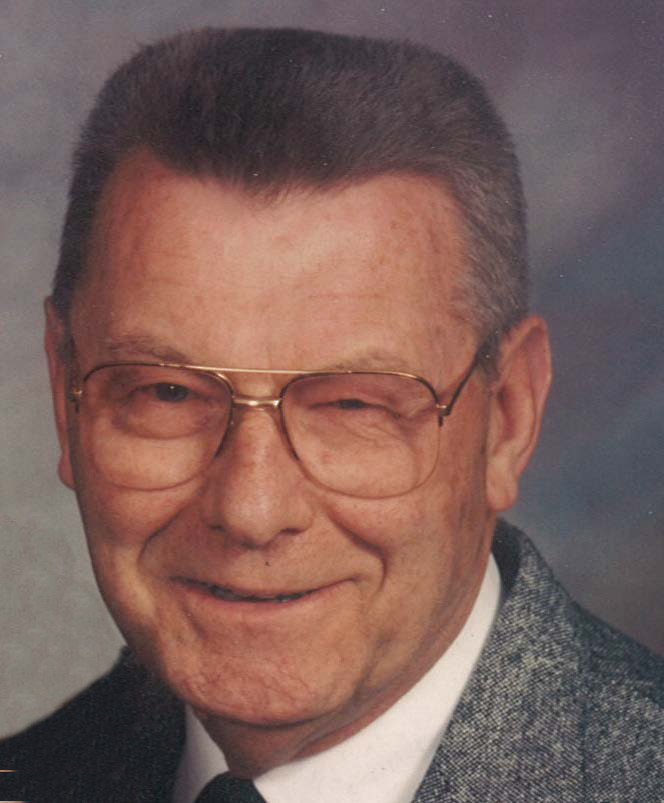 He was born on September 18, 1929 in Ladysmith, to the late Carl and Margaret (Schanke) Swanson. Carl served his country in the U.S. Navy from 1950 until 1954. On September 4, 1954, he married Doris Feuerstein at St. Therese Catholic Church in Appleton. Carl worked on the Soo Line Railroad for thirteen years as a signalman and then was employed at Northwest Repair as an electrician. Doris and Carl owned and operated Swanson Distributors for ten years until his retirement. He was an avid Packer, Brewer, and Badger fan. Carl enjoyed playing nickels, woodturning, staying busy as Mr. Fixer and repairing all of the family's projects. The family looked forward to their time at the cottage that Doris and Carl build together on Loon Lake.

The funeral service for Carl will be held at 7:00 pm on Friday, March 6, 2015 at WICHMANN FUNERAL HOME downtown chapel. Fr. Bill Swichtenberg will be officiating. Entombment will take place at Highland Memorial Park. A time of visitation will be held on Friday from 4:00 pm until the time of service.

In lieu of flowers, memorials to the Arthritis Foundation or charity of your choice. Online condolences can be offered at www.wichmannfargo.com.