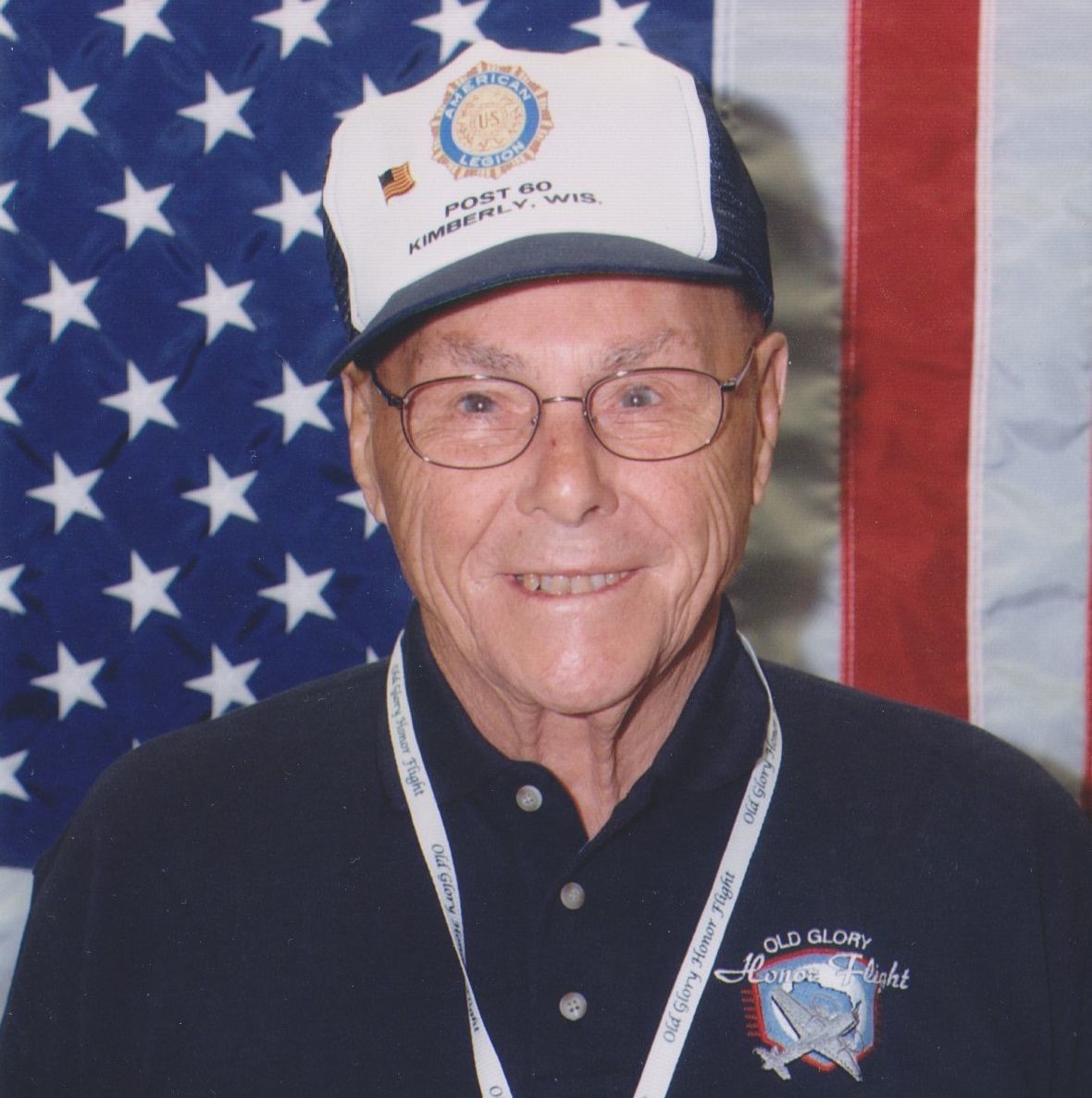 Carl A. Lemmers “Ears”, age 92, left this world on August 23, free of pain and ready to join the baseball team in heaven. He was born on November 18, 1923, to George and Emma (Bouressa) Lemmers in Kimberly. After high school, he joined the Navy and proudly served in the U.S.Naval Air Corps. Upon returning home, he married his high school sweetheart, Rita A. Josephs, on January 19, 1946, and this year they celebrated 70 years of marriage! Dad was a hard worker, a wonderful husband, dad, grandpa, great-grandpa and a friend to all.

An electrician by trade, dad worked at Superior Electric for many years before joining Home Mutual Insurance Co (now Secura) before finally retiring. In his early years, he acquired the nickname “Ears”, supposedly for flicking his buddies ears while passing by. The nickname stuck. Dad was a talented athlete, playing football and baseball in high school, then continuing baseball while playing for a minor league team well into marriage. His love of softball entered the picture when baseball was no longer possible. When he could no longer play softball, he started his umpiring career. He was so proud when his two daughters and one granddaughter played softball, a game he truly loved to play and watch. He was very active in the Kimberly Recreation Association, serving in many capacities, including president. He believed in helping others to make their lives better.

Dad was such a hard worker. Never calling in sick, his day did not end after work. His yard was always perfect, prompting neighbors to wonder if he used a scissors to get that perfect height. His flowers were the envy of all. When he wasn't doing yard work, he would be working on the lights at the ball field, the lights in Holy Name Church (he wired the entire church when it was built), or volunteering his time at Holy Name School, re-wiring and installing an entire new lighting system. He also helped many friends with their electrical problems which included installing entire systems to new and older homes. His work is also evident in all of his children's homes! Dad was a “putzer” and always had a project. His mantra – “You have to keep moving”. At the end of each day, he would enjoy an “Adler Brau” (or 2) or a “Blatz” in later years.

Dad was preceded in death by his parents, step-father Clarence Schwartz, siblings Jocko, Ambrose, Patrick, Peach Lemmers and Donna Mae Erbrecht. Also preceding him were his in-laws John and Mae Josephs, and mom's siblings Margaret (John) Gloudemans, Blanche (Hap) Wendlandt, Evelyn (Les) Kachur, Gene (June) Josephs, Cliff Lamers, Rich Quella, Don Josephs and Doris Josephs. There are many surviving nephews, nieces, cousins and friends who are too numerous to mention but who were very important to dad. Our family wants to thank all who knew dad and brought him joy.

A celebration of Carl's life will be held on Saturday August 27, 2016 at 11 am at Jansen-Fargo Funeral Home, 204 E. Kimberly Ave., Kimberly. Fr. Bob Kollath. Private inurnment Holy Name Cemetery. Family and friends may visit at the Funeral Home from 9 am until time of Service.

Our family wants to thank all the amazing girls from St. Paul's Appletree Court for the AWESOME care and love shown to mom and dad. We also send a very special thank you to Thedacare Hospice. In lieu of flowers, a memorial will be sent to the “Spiering Cancer Foundation” in dad's name.

No matter how dark it gets, the sun's going to rise again. What ties a family together? It's not the blood or the same last name, it's the memories. Thanks for the memories, dad!