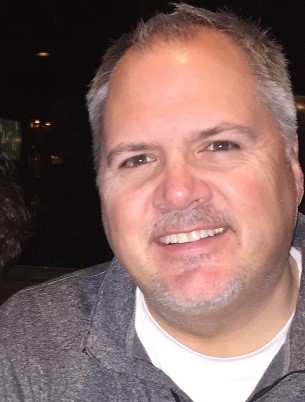 Bryan A. Gear, age 49, passed away unexpectedly on Friday, January 19, 2018, at ThedaCare Regional Medical Center in Appleton. He was born October 4, 1968, to James and Mary (Williamsen) Gear. Bryan was raised in Appleton, having attended school at St. Thomas More and having graduated from Xavier High School. He then furthered his education at UW Eau Claire; he graduated with a Bachelor in Business Administration. From 1995 to 2014, Bryan worked in eCommerce sales at Alta Resources. From 2014 until his passing, he worked at Royal Canin, a division of Mars, as an eCommerce sales leader. Bryan lived by his personal principles: simplicity, health, love, kindness, enrichment, relationships, and freedom. He was a humble and thoughtful man. He had a gentle disposition and a warm smile.

Bryan was a devoted family man and the youngest of six siblings. In 1988, Bryan met Nicole McManus while working at Chaska golf course, and they married in 1993. They were best friends and perfect soulmates and spent lots of time together going on coffee trips, walks, watching home shows, enjoying the sunshine, appreciating great food and sharing dreams (often about how to escape the Wisconsin cold). Together they had two sons, Jonathan and Christopher, whom he loved immeasurably; he was proud of the men his sons are becoming. He was a wonderful dad and a great role model for all. One of his favorite quotes was, “Nothing matters but the most important things in your life.” Time spent with his family was most important to him. He enjoyed Boy Scout camping trips with his sons (including a great trip to the Boundary Waters), planning family vacations to warm places, trips to the family cabin in Watersmeet, Michigan, dinners out, and always making time for Sunday family movie nights (although he occasionally snuck off early to read a book). He had a special love of reading (especially history) as well as writing. He also liked to spend time with his lazy, at-home assistant, Louey (the family dog). Bryan and Nicole’s home was always open to everyone; it was important to him that all felt welcome. He worked hard to perfect his barbeque, and he mixed a great Old Fashioned. Humor was one of the many special gifts he shared, from testing his jokes on his brother, Steve, to his spot-on impersonations. He made Nicole laugh every day and passed on his sense of humor to his sons. Bryan was also an avid sports fan. He enjoyed watching Packers games, playing golf and tennis, fishing, kayaking and, most of all, watching his boys play and playing with them.

He was preceded in death by his father, James Gear; father-in-law, Joe McManus; nephews: Matthew Gear and Tate Slocum; paternal and maternal grandparents; and his godmother, Sheila Kuhr.

In lieu of flowers, memorials can be made to either the Fox Valley Literacy Council or The First Tee of Northeast Wisconsin in Bryan’s name.

“Don’t be sad because it’s over. Be happy because it happened.”