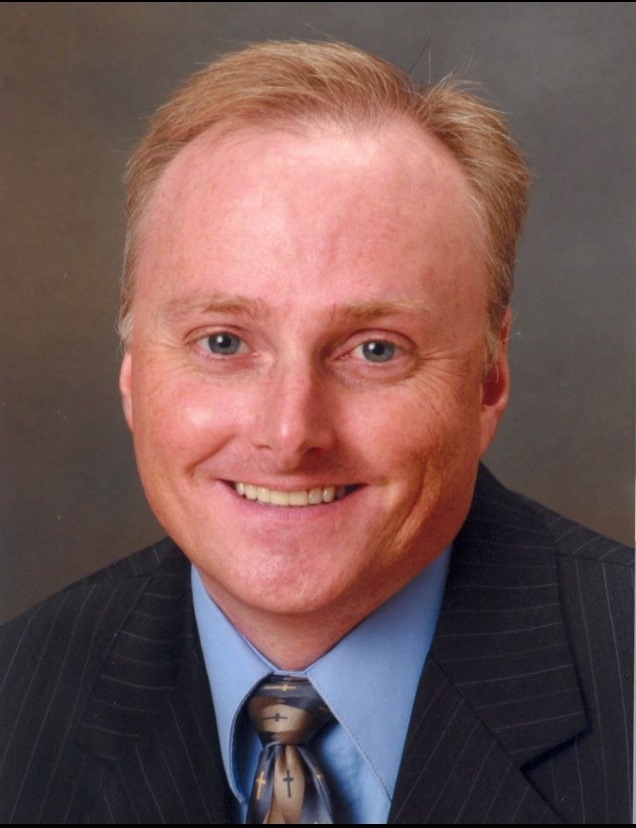 Our all-knowing Lord and Savior called Brad home to heaven on Tuesday evening, September 23, 2014 at the Appleton Medical Center, at the age of 46. Brad was born October 6, 1967, the son of Phillip and Barbara (Kester) Schlafer of Appleton. He was a 1986 graduate of Fox Valley Lutheran High School and a 1990 graduate of Northwestern College in Watertown. That same year, he married the former Tara Thomas in a November ceremony at St. Matthew Ev. Lutheran Church in Appleton. Brad was a trusted advisor for many families in their financial and insurance matters, and served in many leadership roles including the Fox River Valley Association of NAIFA Wisconsin, and the NAIFA State Political Action Committee. He was a fan of the Brewers, T-Rats, and Packers, and was an avid supporter of the Lutheran Vanguard of Wisconsin and of all things FVL.

He leaves behind his wife: Tara Schlafer; three loving children: Jonathan, Joshua, and Abigail; his parents: Phil and Barb Schlafer; his grandmother: Helen Kester Baerwald; his father-in-law: Randall Thomas; a brother: Andrew (Brenda) Schlafer; a sister: Anna Schlafer; a brother-in-law: Todd (Stephanie) Thomas; a sister-in-law: Traci (Brian) Hegner; his nieces and nephews: Hannah and Greta Schlafer, Kennedy Schlafer; and Jacob, Andrew, and Toby Hegner; and Trent, Hannah, and Samantha Thomas; as well as his aunts and uncles: Ginny Hinkens, Molly (Bob) Tews, Rodger (Nina) Kester, Nancy Schlafer, and Steve (Brigitte) Schlafer. Brad is also survived by many cousins, other relatives, and many friends and associates. He was preceded in death by an infant son Anthony, and his mother-in-law Kathy Thomas.

The Christian Funeral for Brad will be held at 2:00 PM on Sunday, September 28, 2014 at THE CORE, 222 W. Franklin Street in Appleton, with Pastor Mike Novotny officiating. Interment will be in Highland Memorial Park. Family and friends are invited to gather at the Wichmann Funeral Home, Tri County Chapel at 1592 Oneida Street in Menasha on Saturday from 4:00 PM until 7:00 PM, and again on Sunday at THE CORE from 12:00 Noon until the time of the worship service. Memories and online condolences may be shared by visiting www.wichmannfargo.com.

Brad was a Christian man who lived his faith and followed God's path. He is dearly loved by his wife, children, parents, family and the many people whose lives he touched with his gifts and talents.

Giving and helping others was Brad's nature. The family would appreciate that contributions be made to places, projects, and people that were important in his life. To that end, the Brad Schlafer Memorial Fund has been established.