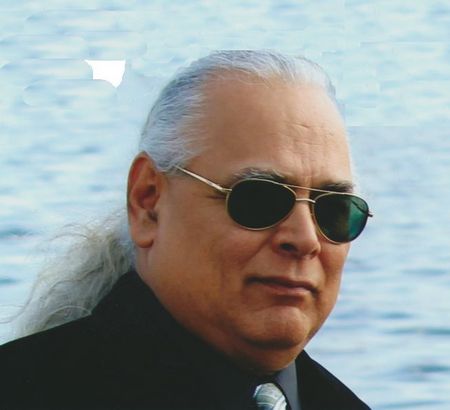 Bradley L. Butler, age 60, of Oneida, passed peacefully at his home with his family beside him on Tuesday, October 8, 2013. Brad was born on December 30, 1952, in Neenah, to the late Francis J. and Carita J. (Miller) Butler. He married Becky Frye on December 18, 1993, in Las Vegas, Nevada. Brad was employed for many years as a truck driver. He enjoyed hunting and fishing and considered the time he spent with his family as a special joy. He is survived by his wife of 19 years, Becky, and their two companions, dogs Gra-Zee and Lucy; his children, Brenda, Melissa and Skippy, Bruce and Kelly, Conrad and Tracy, Angela and Alex, Mary and Eddie; his 13 grandchildren; his brother, Gerald (Jodi) Butler; his sister, Connie Butler; and his brother, Ernie (Terry) Butler. Brad was preceded in death by his parents; his brothers James and Irving; and his sisters, Bonnie and June.
Memorial services will be at 11:00 a.m. on Saturday, October 12, 2013, at WICHMANN FUNERAL HOME-TRI-COUNTY CHAPEL, 1592 Oneida Street, Menasha, with Rev. Mark Kaisner officiating. Friends may call at the funeral home on Saturday from 9:30 a.m. until the time of services. Online condolences may be offered at www.wichmannfargo.com