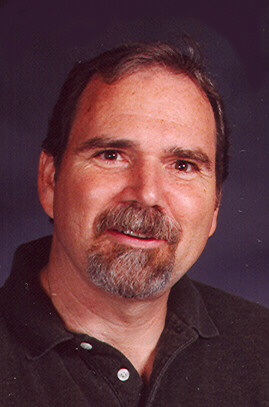 Brad Wiese, 56, of Appleton, Wisconsin, passed away peacefully at home on January 21, 2008, after a courageous five-year battle with multiple myeloma. Brad was born on June 11th 1951, in Rice Lake, Wisconsin to Robert and Patricia (Nagle) Wiese, presently of New Berlin, Wisconsin. Brad graduated from New Berlin High School in 1969. Brad went on to earn an education degree from UW – Eau Claire and a Masters degree in reading from UW -Oshkosh. He married Marcia Gapinski of Milwaukee on August 12, 1978. He taught English and Government at Madison Middle School for 30 years. Brad also taught various courses at Lawrence University to incoming educators from 1997 to 2006.

Brad's passion was teaching writing. He was an integral part of the Fox Valley Writing Project for approximately 10 years as a co-director and helped facilitate the Fox Valley Summer Institute Graduate Program at UW – Oshkosh.

Brad was well respected in the Appleton Area School District for being an innovator and for his outstanding leadership skills. In addition, Brad was a very supportive and loving father, son, husband and brother. He enjoyed time with his family and many outdoor activities at their northern Wisconsin cottage.

Brad is preceded in death by his father Robert.

Visitation for family and friends will be held Thursday (today) from 4:00 p.m. until 8:00 p.m. at the Wichmann Funeral Home, downtown chapel. A parish vigil service will begin at 7:00 p.m. at the funeral home, followed by a time of remembrance and sharing by Brad's family and friends. A mass of celebration and resurrection will be held at 11:30 a.m. Friday at St Pius X Catholic Church, 500 West Marquette Street, with Father Thomas J. Farrell as celebrant. A short visitation will be held at church Friday from 10:30 a.m. until the time of mass.

A special thank you to Brad's doctors and nurses for their unending kindness, concern, support and compassion given to him during these last five years. We would also like to thank our families at Madison Middle School and Appleton East for their support and encouragement.