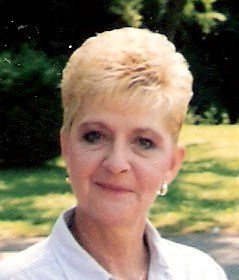 Appleton – Bonnie Reischl-Rose, 74, passed away after a lengthy battle with dementia and most recently cancer on May 30, 2018, at the American Grand Assisted Living, Neenah. She was born on August 29, 1943, in Berlin, the daughter of Edward and Emma (Winter) Ultang. Bonnie was united in marriage at the Red Mill, Waupaca on June 28, 1997 to Greg Reischl. She was raised in Tustin, and later lived in the Waupaca and Appleton areas. Prior to her retirement from Thrivent Financial in 2006, she was employed as an administrative assistant at B & J Supply Company, which she enjoyed very much. Bonnie was also a co-owner of Oakridge Gardens Nursing Home, Menasha.

Bonnie loved live music and spent nearly every Sunday afternoon at Waverly Beach with Greg. If not there you would find her in the backyard planting and tending to her numerous plants and flowers. She enjoyed the calming sounds of several water fountains in the yard as well. Bonnie also cherished her beloved pets, Bella and Watson. Also, close to her heart were the children at St. Judes Children’s Hospital to which monthly donations were given. She and Greg were former ushers at Appleton Alliance Church.

Bonnie was preceded in death by her parents, and siblings: Jim Ultang, Shirley (Richard) Perrine and Betti (Arthur) Aldendorf.

Funeral services will be held at 6:00 pm, on Tuesday, June 5, 2018, at the Wichmann Funeral Home, 537 N. Superior St., Appleton. Visitation will be on Tuesday at the funeral home from 4:00 pm until the time of the service. Inurnment will be in Riverside Cemetery, Appleton.

Bonnie's family would like to extend a heartfelt thank you to the staff of Heartland Hospice and American Grand Assisted Living, Neenah.