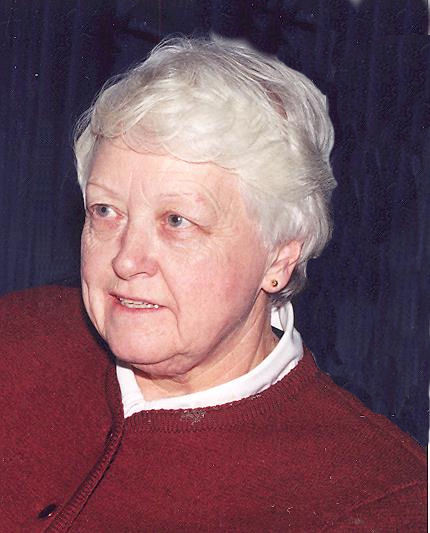 Bonnie L. Bednaroski, age 79, of Menasha, passed away on Wednesday, November 2, 2016. She was born on April 15, 1937 in Appleton to the late Orville and Theresa (Ertl) Ackman. She married Ronald on September 13, 1958 at St. Joseph Catholic Church in Appleton. Bonnie was a long-time member of St. Patrick's Catholic Church in Menasha. She always enjoyed sharing her talents with her contributions to the Annual Cookie and Candy Sale.

Bonnie is survived by her two loving daughters, Anne Bednaroski and Barbara (Ed) Walters; her grandson, Eric Walters; her sister, Lois Van Bommel; her brother, Robert (JoAnn) Ackman and her brother-in-law, Ray Brandl. She is further survived by nieces, nephews and other relatives.

In addition to her parents Bonnie was preceded in death by her husband, Ronald, on August 25, 2015; her brother, Harry (Jean) Ackman; her brother-in-law, Joseph Van Bommel and her sister-in-law, Eleanor Brandl.

Services will be held on Monday, November 7, 2016 at 7:00 p.m. at WICHMANN FUNERAL HOME – TRI COUNTY CHAPEL, 1592 Oneida Street in Menasha. Visitation will be held on Monday starting at 5:00 p.m. until the time of the service with Mary Krueger, Pastoral Leader officiating. In lieu of flowers, a memorial fund has been established in Bonnie's name. Online condolences can be offered at www.wichmannfargo.com.