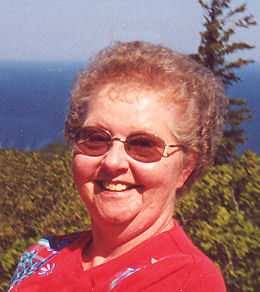 Once diagnosed with Alzheimer's in 2005, Bonnie Foss never gave up or complained. The only words she spoke about the disease was “that's the hand we were dealt Julee, let's just keep going.” Bonnie maintained a brave, quiet and at times snarky disposition throughout the years of the disease. Her eyes would sparkle and seem to smile, at times when her words would fail. She was as present as she could be with her grandchildren, friends and family. Fleeting smiles, one or two word phrases, or applauding after the “family Christmas music recital, are the current memories.

Bonnie Faye Foss, age 78, of Appleton, passed away unexpectedly the morning of January 23, 2016 at Grand Horizons. Bonnie, known to her friends and family as Bon Bon, was born in Detroit Michigan on October 22, 1938, she was the only child of the late Lt. Col. James Cocking and Loretta (Chynoweth) Cocking. Bonnie spent the majority of her childhood in Horicon, WI. She graduated from Horicon High School in 1956, where she excelled in academics and music. She knew even at that time that she was going to be an elementary school teacher. Bonnie attended and graduated from the University of Wisconsin-Milwaukee with a Masters Degree in Elementary Education. During her summer breaks she would work at the Milwaukee Journal paper and later became a nanny for a family. She would talk about this family with fond memories, they were a Kosher family. She learned how to cook, clean, and run a house under strict Kosher dietary guidelines. Bonnie met her husband David Storzer while attending college. Bonnie and David met each other while riding the local bus to and from work. Her favorite story about their first meeting was; “he fell asleep on the bus ride and almost missed his stop! I just nudged him and made sure he woke up! The rest is history!” Bonnie and David married on August 15, 1959. Bonnie and David lived the majority of their lives together in Port Edwards, WI where David was a pastor of the United Methodist Church and Bonnie was a second grade school teacher for Meade School in Wisconsin Rapids, WI. David Storzer passed away in 1975. After his passing, Bonnie was blessed to find love again, marrying John Foss in 1977. John was a math professor at Mid State Technical College in Wisconsin Rapids, WI. With John Foss came a whole second family! Camping, fishing for Coho and Chinook Salmon, stays at family cottages, boating, water skiing, traveling and playing card games! John Foss passed away in 1989.

Filled with compassion and an interest in helping and serving others, Bonnie made friends easily and maintained contact with many. She was active in the United Methodist Women programs, a delegate for the National Education Association, marched in picket lines for the teacher's union, taught elementary children for 30 years, played organ, sang a mean alto line in choir and directed bell choir at the Port Edwards United Methodist Church. Bonnie loved to share new things she learned from her students. She would bravely attempt to count to ten in Hmong, sing a song in Spanish or attempt to make couscous for a family meal. If you were lucky, you would be invited to dinner and be served food from around the world.

Before her illness, Bonnie loved knitting, painting, cooking, traveling and being with friends and family. She enjoyed playing card games of rummy, cribbage and whist with the Foss family. Bonnie also enjoyed a good brandy/coke or wine from the Wollersheim Winery! She had a clever gift for writing. She especially created rhymes, and poems. After retirement, Bonnie embraced her love of traveling. She traveled with family or church friends to Newfoundland, Iceland, New Zealand, Nova Scotia, Italy, Switzerland and Germany. The recipes she brought back from her travels were wonderful! Those Bonnie leaves behind to cherish her memories include her daughter Julee (Bob) Ulrich, and grandsons: David and Matthew Ulrich. She is further survived by her step- daughters Cindy and Juleah Foss, sister-in-laws: Mary Lou Foss, Nancy Gould, and Harriet Storzer; a brother in law: Merle (Peg) Foss; niece; Kari Hayden and nephew: Tobin Storzer. She was preceded in death by her parents, James and Loretta Cocking, step-son Mark Foss and her husbands, David Storzer and John Foss.

The memorial service for Bonnie will be held at 11:00 a.m. on Friday, January 29, 2016, at The Family Church, 2318 American Drive, Neenah, with Pastor Paola Benecchi officiating. A time of visitation will be held from 10:00 a.m. until the time of the service. A lunch will be served following the services, all are invited.