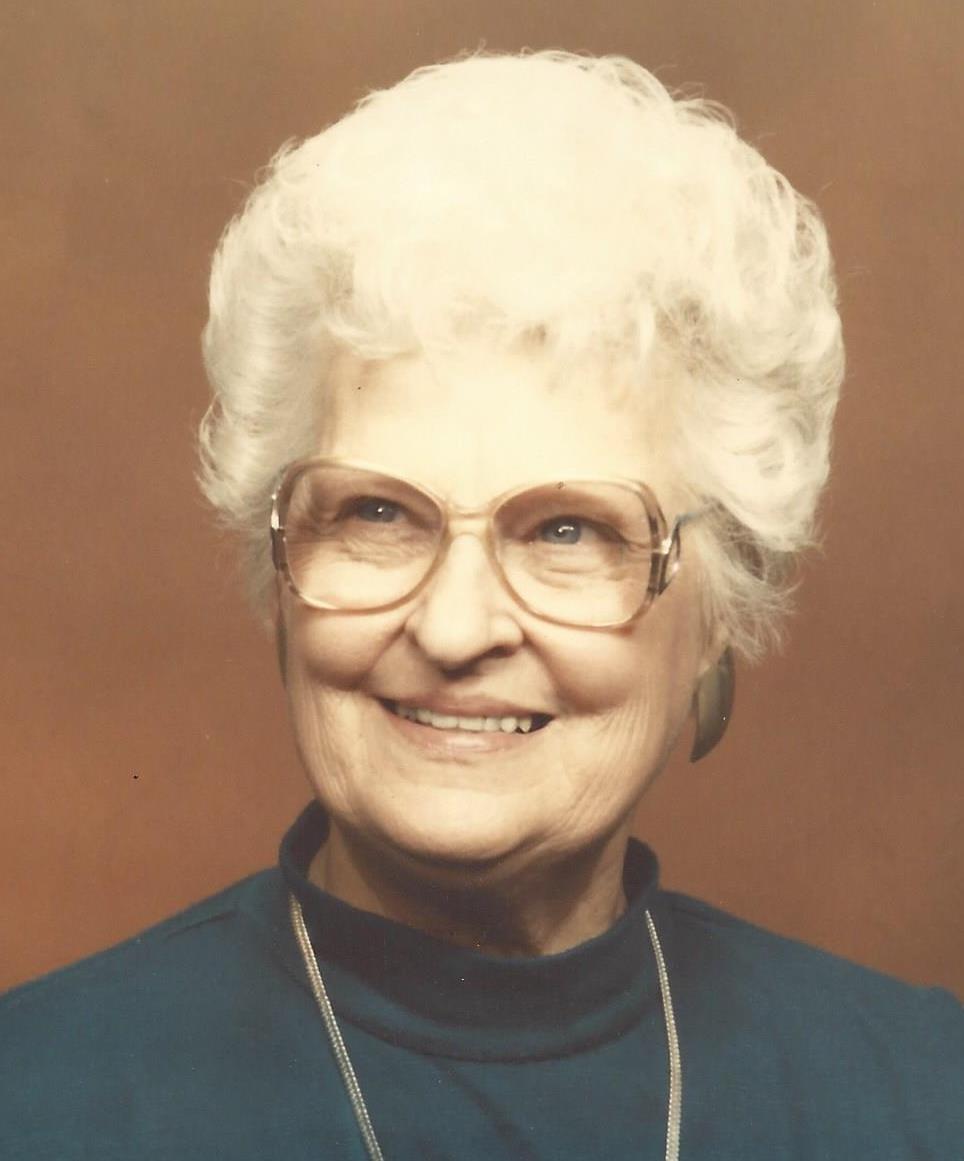 Bonita A. Bodway, age 91, of Menasha, passed on to our Heavenly Father on August 13, 2014, at her home surrounded by her family.
Bonita was born on June 16, 1923, daughter to the late Alex and Helen (Croell) Schmalz. Bonita married Malcolm W. Bodway on September 4, 1942. She was an incredible wife and mother.
She retired from North Shore Country Club after 50 years of preparing salads and was known for Bonnie's Doughnuts. She also catered many member parties, and assisted with the potato salad business that was started by a friend.
Bonita was always the caregiver for her family, friends, and animals. She enjoyed playing dominos, her card groups, and her cookbooks. No one ever left her house without eating something. Everything was always very good!
Bonita is survived by her children: Douglas (Sharon) Bodway, James Bodway, Suzanne (Timothy) DeShaney; 4 grandchildren: Timothy (Ann) DeShaney, Nick DeShaney, Kristin (Mitch) Schmidt, Bryce (Jessie) Bodway; 4 great-grandchildren: Emma and Nora DeShaney and Brya and Colter Schmidt; a brother, Peter Schmalz; a sister, Helen Krasniewski, and a sister-in-law, Marie Schmalz; and other relatives and friends.
In addition to her parents and husband, she was also preceded in death by her 3 year-old son, Richard; and 3 brothers: Kenneth, Gerald, and Robert.

A Memorial Mass will be held at 11:30 am on Tuesday, August 19, 2014, at St. Mary Catholic Church, 528 Second Street in Menasha. A Memorial Gathering will be held from 9:30 am until the hour of the Mass at the church. Inurnment will take place in St. Mary Cemetery. In lieu of flowers, a memorial will be established.