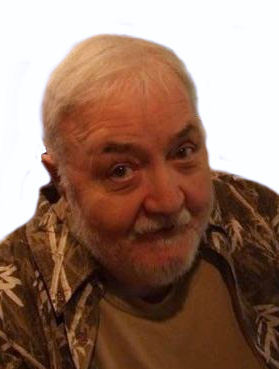 John Fred Wideman of Appleton, known to all as Big John, died Friday April 10, 2015, at St. Elizabeth hospital following complications from pneumonia at the age of 74. John was born January 3, 1940 in Neenah, Wisconsin, to the late Neil and Adeline (Plath) Wideman. John, who was also known as Little Trucker, loved life. When he entered a room or your heart, he left a lasting impression – even if he only knew you for a brief moment. John had a smile that would make anyone feel loved, even if they were having a bad day, and he prided himself on his ability to joke even during rough times. John married his soul mate and love of his life, Marcella Ann “Sally” Raatz on July 7, 1962 and they were side by side until the moment of his passing. Their motto was “the more the merrier”, as he and Sally always registered their campsite as a family of six because they either had four children or knew guests would be coming, and if you registered for six you could have eight with visitors.

John worked for Menasha Corporation for over 30 years and loved his time driving box truck. You always knew when the “Little Trucker” was on the road or airwaves as he loved to chat on his CB with other truckers. John loved the outdoors and cherished his time traveling and going for long rides with Sally, playing with his precious pets, spending weeks or months at Hartman Creek, fishing, deer season, trap shooting or hunting for asparagus with his sister Lorraine and husband Lowell.

Even more than the outdoors, John loved his family and friends. His heart and home were open to all and if you were in need, John would give you the shirt off his back or the pennies in his pocket – even if they were his last, without a second thought.
Uncle John was always there for his nieces and nephews in good and bad times and loved each and every one of them. He also raised his two daughters and many “adopted” children to be respectful of all things, each other (even if it wasn't easy), their elders, and nature. He was always certain that the campsite was left cleaner than it was found. John loved his children and wife with every ounce of his being and loved to spoil them rotten. He had many roles: son, husband, dad, brother, uncle, and friend, but his last role of grandfather and great-grandfather were his favorite. He cherished his grandbaby Tiffany Rose from the moment she came into this world.

John and Sally retired spent many hours at Rustic Woods Campground and took time to show Tiff all the places they loved in Wisconsin and out West. When his great-grandchildren arrived (Kiera Rose and Trayce) he may not have been able to physically travel any more but he made sure his home and his room at Manor Care were filled with lots of fun adventures and they filled his last years with love and laughter. John spent the last three years of his life at Manor Care in Appleton and loved to “harass'' the staff who treated him like family. He and Sally made lasting friendships there, even though John and Sally had dreamed of traveling after they retired. Due to health issues this was not possible, but even though they could not travel, the staff and people at Manor Care filled their last years together with fun, joy and laughter. He will be forever missed by all who knew him.

Big John will be sadly missed by his loving wife: Sally Wideman of Appleton; two daughters: Jeanette Stafford of Appleton and JoAnn (Jon) Mignon of Brillion; his treasured granddaughter: Tiffany Stafford and her children Kiera Rose and Trayce Chaffin; a sister: Jackie Bordeaux of Menasha; two sisters-in-law: Betty Wideman of Fremont and Gloria Raatz of Wautoma; as well as many nieces, nephews, great-nieces, great-nephews, other relatives and many friends. He was preceded in death by his parents, his in-laws Otto and Alma (Schmudlach) Raatz; a sister Lorraine (Lowell) Wallers; a brother James Wideman; a great-nephews: Jeremy Chaffin; and by Sally's siblings Mavis (Martin) Wedell, Rose (Martin) Pomplun, and Orville Raatz.

Funeral services for John will be held at 4:00 PM on Friday, April 17, 2015 at GOOD SHEPHERD LUTHERAN CHURCH, 2220 E. College Avenue in Appleton, with Rev. Dr. Martin Koeller and Rev. Timothy Seabaugh officiating. Burial will take place at 9:00 AM on Saturday morning at Appleton's Highland Memorial Park. Family and friends are invited to gather directly at the church on Friday afternoon from 1:00 PM until the hour of the services.

A memorial fund for John is being established.