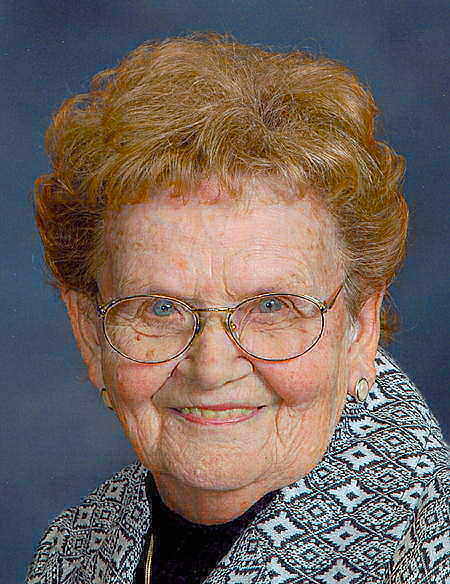 Beverly was born on July 30, 1931 to Otto and Marie (Kronser) Dey in Shawano. She was united in marriage to Frank Kolb on August 28, 1948 at St. Dennis Catholic Church in Shiocton and he preceded her in death in 1995. Beverly retired from the Freedom High School, after 15 years working in the cafeteria. She also assisted Frank in selling vegetables and flowers from his greenhouse. Beverly was a member of St. Nicholas Catholic Church where she updated the bulletins. She looked forward to Sunday afternoon cards and going out to eat with friends. Beverly also loved attending her grandchildren and great grandchildren's events. Her family was important to her and the time they spent together will always be cherished.

Beverly was preceded in death by her parents, her husband Frank, a daughter Patty Van Handel, a grandson Marcus Van Wychen, ten brothers and many in-laws.

The funeral liturgy for Beverly will be held on Wednesday, June 13, 2012 at 5:00 PM at ST. NICHOLAS CATHOLIC CHURCH, W2037 County Road S, Freedom, with Fr. Dave Hoffman officiating. Interment will be in the St. Nicholas Cemetery. A time of visitation will be held on Wednesday from 3:00 PM until the time of the Mass at the church. In lieu of flowers memorials may be made in her name. The family would like to thank the Freedom First Responders for everything they have done for the family. Online condolences may be expressed at www.wichmannfargo.com.