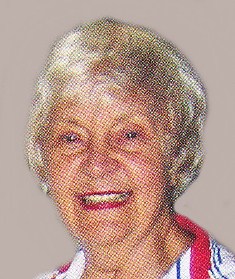 Beverly Joan (Ramsay) Schmidt was born on September 22, 1927 in Chicago, daughter of the late James Ramsay and Isabel (Bloy) Ramsay. She moved to Appleton with her parents in 1939, and was a graduate of Appleton West High School and Gregg Business College in Chicago. Bev married Wilmer W. “Bill” Schmidt on May 31, 1947 at the Memorial Presbyterian Church in Appleton. Bev was currently a member of First United Methodist Church, Neenah. In her younger years, prior to becoming a full-time mom, Bev was employed at the Plumbing and Heating Industries Bureau in Chicago, Lawrence University in Appleton, and Wisconsin Telephone Company's State Office. Bev was also a member of the International Order of King's Daughters and Sons, and also of the Appleton Women's Club. Bev enjoyed playing bridge, golfing, counted cross stitch, crafts and being with her grandchildren.

A memorial service for Bev will be held at 11:00 AM on Saturday morning, June 30, 2012 at First United Methodist Church, 108 W. Doty Avenue in Neenah. Friends may call at the church on Saturday morning from 9:00 AM until the time of the service.