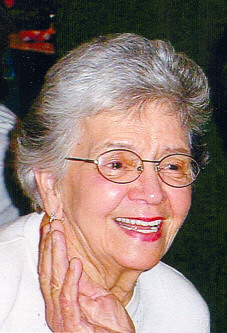 Betty M. Pack, age 84, passed away with her family by her side on Thursday, April 23, 2009. She was born on April 4, 1925 in Ironwood, Michigan, the daughter of Louis and Maude DeLong. Betty married Robert Pack on June 1, 1946. The most wonderful thing about Betty was the love she gave to her family. She touched the lives of everyone she met with her kindness and caring attitude. Bob and Betty also spent twenty fantastic winters in Florida before moving back to their beloved hometown of Menasha in 2007.

A Mass of Christian Burial will be held at 11:30 a.m. on Tuesday, April 28, 2009 at ST. MARY CATHOLIC CHURCH, 212 Appleton St., Menasha , with Fr. Paul Radetski officiating. Friends and family may call at the church from 9:30 a.m. until the time of the Mass. Burial will be in St. Mary Cemetery, Menasha.

Betty's family would like to extend a sincere thank you to the staff at St. Elizabeth Hospital for their compassion and caring.

In lieu of flowers, a memorial fund in Betty's name is being established. Proceeds will be donated toward stroke research.