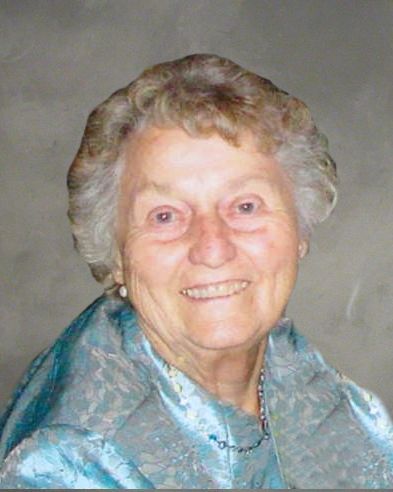 Betty Winkel, a child of God, was unexpectedly called home to his loving and waiting arms on Wednesday, February 24, 2016. Her loved ones were at her side. Betty was born in Clarinda, Iowa on August 18, 1926, daughter of the late Samuel and Mary (Heriford) Freeman. During World War II, Betty worked at the Oakland Army Base where she met the love of her life, Frank “Rip” Winkel, a naval navigator. The couple married shortly after the war ended, on March 17, 1946. They returned to Green Bay where Betty began working as a telephone operator. Their family grew with the birth of four daughters. After raising her family, Betty worked as a special education teaching aide in the Appleton Area School District. During these years, Rip operated Van Wink TV in Appleton, and Betty was the bookkeeper for the business. Betty was a longtime member of First English Lutheran Church in Appleton. After moving to her home on Lake Poygan, she became a member of St. Peter's Ev. Lutheran Church. Betty and Frank retired to a beautiful home in Florida, but eventually returned to what Rip calls “God's Country.” Betty enjoyed cooking, sewing, shopping, travel, and visiting Door County, but her greatest love was being with her family. She treasured each of her loved ones, and will be deeply missed.

The Christian Funeral Service for Betty will be held at 6:00 PM on Saturday, February 27, 2016 at the WICHMANN FUNERAL HOME, TRI COUNTY CHAPEL, 1592 Oneida Street in Menasha, with Rev. Paul Zittlow of St. Peter Ev. Lutheran Church in Larsen officiating. Interment will be in Trinity Lutheran Cemetery, Kaukauna. Family and friends are invited to gather at the funeral home on Saturday afternoon from 5:00 PM until the time of the service.