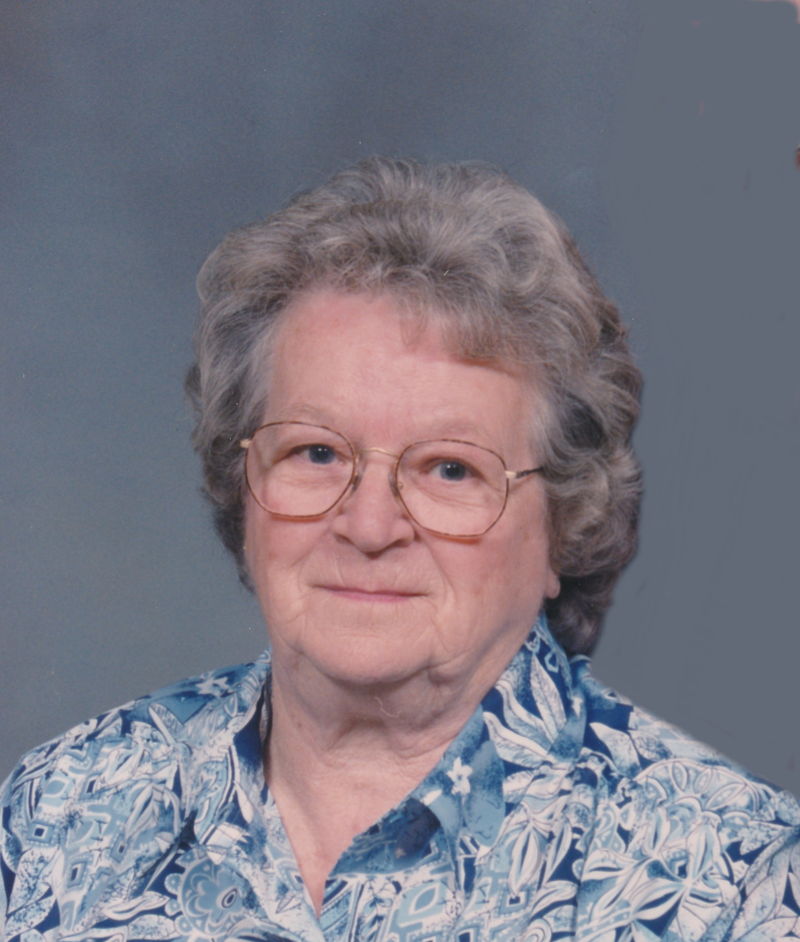 Betty Johnson, age 89, passed away peacefully at home on Sunday morning, April 14, 2013. Betty was born in Ironwood, Michigan on February 3, 1924, daughter of the late Edward and Myrtl (Nettleblad) Carlson. She attended L.L. Wright High School there, and married Jack Johnson on February 23, 1943. He preceded her in death in 1997. Betty was a longtime member of Trinity Lutheran Church in Appleton where she also taught Sunday School. Over the years, she also worked as a teacher's aide in the Appleton School District. Her priorities in life included her family, children, camping, cooking, and later in life ‚Äì traveling.

Funeral services for Betty will be held at 11:00 AM on Thursday, April 18, 2013 at TRINITY LUTHERAN CHURCH, 209 S. Allen Street in Appleton, with Rev. Lisa Ubbelohde officiating. Interment will be in Riverside Cemetery. Friends may call at the funeral home on Wednesday from 4:00 PM until 7:00 PM, and again at the church on Thursday morning from 10:00 AM until the time of the service. Online condolences may be offered at www.wichmannfargo.com.