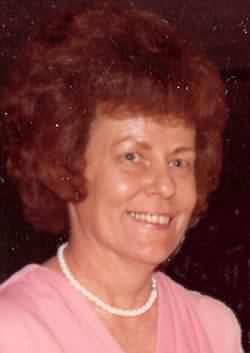 Age 72, died at her home on February 26, 2003. She was born on March 16, 1930, in Appleton, daughter of the late Alvin and Minnie (Schwalbach) Schroeder. On September 15, 1953, she married Jerome ‚ÄúJim‚Äù Gresl. Betty worked for six years at Zwicker Knitting Mills but spent most of her working years bookkeeping for Jim‚Äôs construction company. She enjoyed traveling and spending time at the cottage at Shawano Lake. Betty was very good at creating ceramics and shared her crafts by giving them as gifts to many.

Memorials will be donated to the Arthritis Foundation.

I have fought the good fight, I have finished the race, I have kept the faith, Henceforth there is laid up for me the crown of righteousness 2 Timothy 4:7-8

‚ÄúBetty, you will be deeply missed. Even though our marriage did not last for quite 50 years, our many years together will always be treasured and your memory will be in my heart forever. With much love, Jim.‚Äù