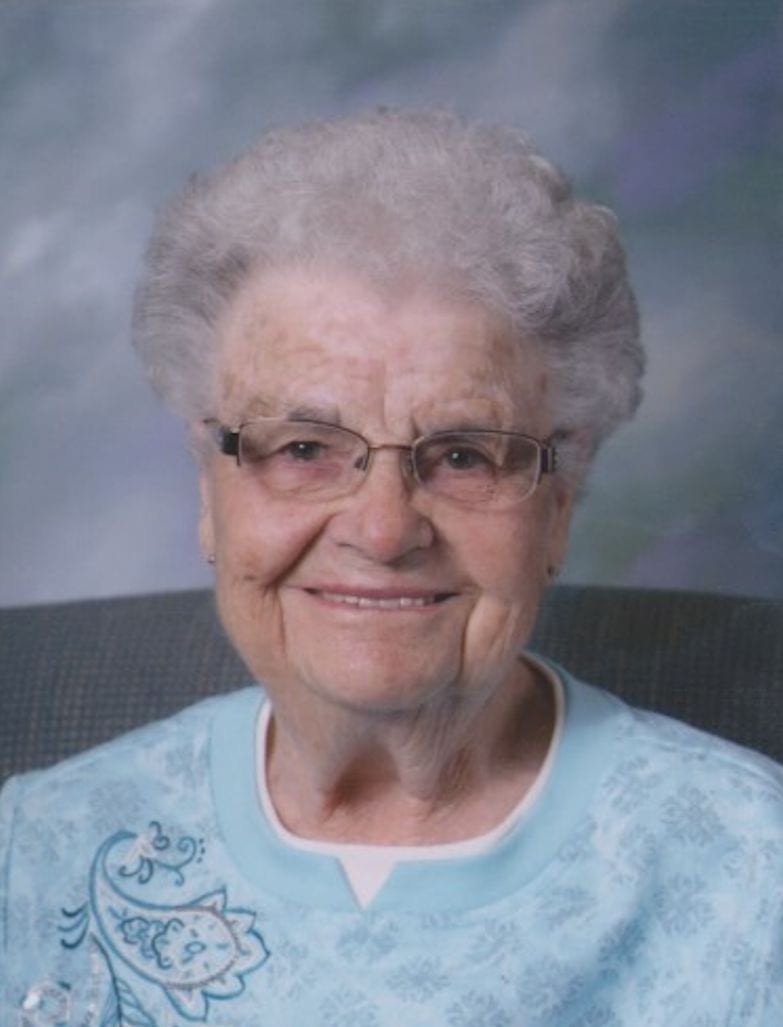 Passed away into Eternal Life on February 25, 2020 at ThedaCare Regional Medical Center from complications of pneumonia. Betty was born in Appleton, Wisconsin to Ben and Ida (Hubert) Shimek on November 19, 1927. Betty attended Appleton High School, graduating in 1945. On June 26, 1947 she married Wilmer (Wimp) Schultz at St. Paul’s Lutheran Church in Appleton. In the late ‘60’s, Betty started working at H. C. Prange’s in downtown Appleton working in the Infants and Children’s department. In 1977, she started working for AAL (now Thrivent) in the cashiering department, retiring in 1992. Betty also volunteered at Trinity Lutheran Church, where she was a member, counting the weekly contributions. She also was a member of the Kimberly Recreation Association and Kimberly Homemakers. She enjoyed the occasional trip to the casino, playing bingo especially with her granddaughter Katie and playing cards with her friends.

Betty is survived by her son and daughter-in-law, Steve and Julie Schultz, granddaughter Katie (Greg) Peterhans and grandson Reed (Kayla) Schultz. She was also blessed with four great-grandchildren; Austin and Madysen Doering and Parker and Landon Schultz. Betty is further survived by her brother and sister-in-law Richard and Virginia Shimek of Appleton, sister-in-law Mary Jane Owens of Marinette, a special niece and nephew, Kris (Darin) Mastey and Tim Shimek. Betty is also survived by her special friend John Anholzer.

Betty was preceded in death by her parents, husband Wilmer and a son Michael, a sister Vivian and a brother who died at birth.

The family would like to extend our thanks to Prairie Homes Assisted Living for the care given to Betty. Also, our thanks to Dr. Montgomery Elmer, Katie Erstad NP and to Lou Sharpless of ThedaCare Hospice for their care and compassion.

A private funeral service will be held for Betty on Wednesday, March 4th. In lieu of flowers, a memorial is being established for Breast Cancer research as Betty was a two-time breast cancer survivor.