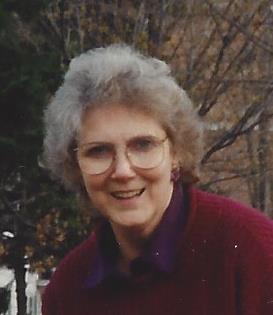 Betty J. Schnoor, age 81, of Neenah, passed away on Sunday, February 1, 2015, at her home with her family by her side. On November 28, 1933, Betty Jeanne was born in New Orleans, Louisiana to the late Maurice and Jeanne (Usey) Rodrique. She had met her soon to be husband, Donald Schnoor, in New Orleans while he was stationed in the Navy. They married on June 25, 1955 and moved to Menasha and later to Neenah. He preceded her in death in August of 1973. After his passing, Betty worked at Kimberly-Clark retiring after 22 years of employment. Betty loved sewing and would make clothes for her children and grandchildren as well as their dolls. She also made their Halloween costumes. Betty loved flowers and enjoyed tending to her gardens. She also had a great talent for baking.
Betty will be greatly missed by her loving children: Dawn Yunker, Dave Schnoor, Sally (Keith) Kallin, Teri (Todd) Strube; her grandchildren: Joshua (Lorinda) Schnoor, Hannah Kallin, Chloe, Sophie, and Emma Strube, and David Schnoor; and her great-grandchildren: Blade, Melissa, Samantha, and Jake; and other family and friends.
In addition to her parents and husband, she was preceded in death by her children: Dennis and Darcie; her sister, Joyce; and a sister-in-law, Lois.
The Memorial Service will be held at 2:00pm on Monday, February 9, 2015 at Wichmann Funeral Home-Laemmrich Chapel, 312 Milwaukee Street in Menasha. A Memorial Gathering will be held from 1:00pm until the hour of the service at the funeral home. In lieu of flowers, a memorial will be established. Online condolences may be given at www.wichmannfargo.com

The family would like to extend a special thank you to the staff of Aurora at Home Hospice, especially, Shelly and Amanda, for their kindness and loving care given to Betty.