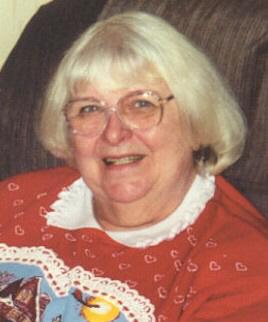 Bette passed away peacefully at her home on October 26, 2006 surrounded by her family. She was born in Racine, WI on August 23, 1926 to Richard and Rose (Londre) Blahnik. Bette‚Äôs Step-Father was Frank Frye. Bette grew up in Appleton and was known as the Ginger Rogers at Appleton High School for her Jitterbug dancing. In 1945 Bette married Deane Spilman who was in the Air Force during WWII. After living in Mason City, IA for many years she returned to her hometown of Appleton and married Dwain (Nick) Nickasch. She enjoyed going to the cottage her father, Richard Blahnik built on Lake Poygan, as well as gardening, crocheting, word puzzles, her Canary, her jukebox, fishing, dancing, and spending time with her family. Bette worked for 25 years at Lawrence University.

Funeral services for Bette will be held on Monday, October 30, 2006 at 11:00 A.M. at the Star of Hope Chapel Mausoleum inside Highland Memorial Park (3131 North Richmond Street) with the Rev. Wendy Wirth-Brock officiating. Friends may call at the funeral home on Sunday, October 29 from 2 until 4 P.M. and again on Monday from 10 A.M. until the time of the service directly in the chapel. Entombment will be in Highland Memorial Park.