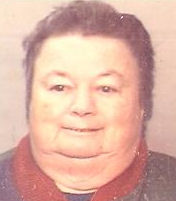 Bertilla Jansen, age 75, passed away on Saturday, January 19, 2013 at St. Elizabeth Hospital in Appleton. She was born in Kaukauna on August 8, 1937, daughter of the late Daniel and Catherine (Biese) Ferguson. Bertilla married James Hooyman, and together had six children. Jim passed away in 1964, and Bertilla then married Charles Jansen; together they also had a son. Bertilla worked for a time in the kitchen at Xavier High School, but will be best remembered as a CNA for Valley Visiting Nurses and as a hospice worker. She loved bowling, bingo, playing on her computer, reading, and visiting with her children and grandchildren.

She is survived by seven children: Debra (Greg) Van Ryzin of Winneconne; Sarah Ramos of Killeen, Texas; Mary (Vickey) Taylor of Gloucester, Virginia; Julie (Bill) Kruschke of Shawano; Karen Hooyman of Menasha; James Hooyman of Appleton; and Charles Jansen of Appleton. There are also eight grandchildren and four great-grandchidlren; and a sister: Mary (Clarence) Van Handel of Seymour. Bertilla was preceded in death by her parents, husbands James Hooyman and Charles Jansen, and brothers Bill and Donald.

A private service for the comfort of the family will be held at the Wichmann Funeral Home. Online condolences may be made at www.wichmannfargo.com.