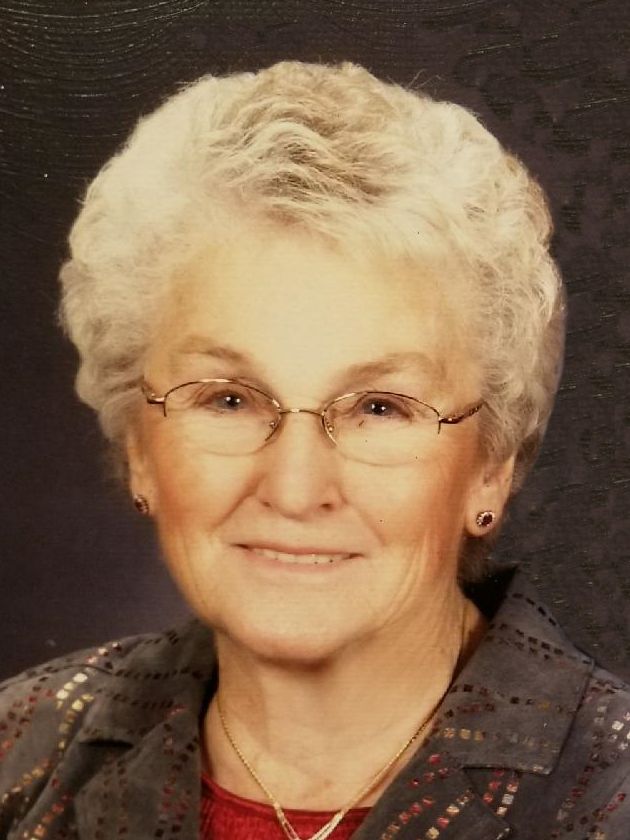 Berniece V. Young, Kaukauna Wisconsin, passed away on October 14, 2017. Berniece was born on November 25, 1935 in Deer Creek, Wisconsin to Theodore and Anna (Peeter) Young. She was a graduate of Shiocton High School. On July 14, 1954 she married Ronald J. Young in Bear Creek and he preceded her in death on February 29, 2012. Together, Berniece and Ronald owned and operated R.B. Pallett Service where she worked for over 22 years until her retirement on December 1, 2006. Berniece loved to travel. In her life she was able to attend a World’s Fair in Tennessee and 3 Super Bowls. She travelled to Alaska, Florida, New Orleans and Texas. For over 20 years, Berniece and Ronald made annual trips to Hawaii and she always looked forward to that trip. She also went to Guatamala, Barbados, Canada for fishing and Puerto Rico. She was a member of Irish Water and Mid Valley Golf Clubs and on March 17, 2004 she scored a hole-in-one while golfing in a foursome with Ronald and Peg and Dick O’Keefe. She was a longtime member of Holy Cross Catholic Church in Kaukauna.
She is survived by: seven children: Theresa (Charles) Gilbertson of Kaukauna; Colleen (Tom) Brazee of Appleton; Julie (Roy) Mankovecky of Kaukauna; Laurie (Mark) Rogers of Galesville; Charlene (Steve) Babbitts of Kimberly; Mary (Jim) Keller of Greenville; and “RonRon” Young of Kaukauna; seventeen grandchildren: Carla (Christopher) Busse, Erin (Nathan) Schleicher, Charles E. Gilbertson, Sara George, Emily (Kurt) Ulrich, Michael (Jennifer) Mankovecky, Jason (Ashley) Mankovecky, Justin (Krystal) Young, Adam (Jessica) Rogers, Lisa Rogers, Jay Young, Gary Young, Christopher Bormes, AmiLee (Jamie) Schumann, Brittany (Ryan) Stoeger, and Brett Young, great-grandchildren: Anthony, Christopher, Colton, Ella, Autumn, Ava, Alaina, Alexis, Jeremiah, Graham, Hazel and Eliza Mae.
She is further survived by sisters: Millie Stingle, and Marci (Jim) Freimuth; as well as nieces, nephews, other relatives, and by many dear friends.
She was preceded in death by her parents, son Alan Young, granddaughter Ann Vander Steen, a great-grandson Caleb, great-granddaughter Miah, sister Rosie Glatz, brother James Young and a son-in-law Duane George
Visitation for Berniece will be held on Wednesday, October 18, 2017 from 4:00PM to 7:00PM at Fargo Funeral Home, 400 W. Wisconsin Avenue in Kaukauna and on Thursday, October 19, 2017 from 9:30AM to 11:00AM at Holy Cross Catholic Church, 309 Desnoyer Street in Kaukauna. Mass of Christian Burial will be on Thursday October 19, 2017 at 11:00AM at Holy Cross Catholic Church with Fr. Tom Pomeroy officiating. Interment will be at Holy Cross Cemetery at a later date. For more information and to express condolences, please visit www.wichmannfuneralhomes.com.
In lieu of flowers and other expressions of sympathy, a memorial fund will be established. Donations will be used to help fund Holy Cross Catholic Church’s renovation.
The family would like to thank all the staff and nurses of Country Villa Assisted Living and Affinity Hospice for the care given to Berniece.