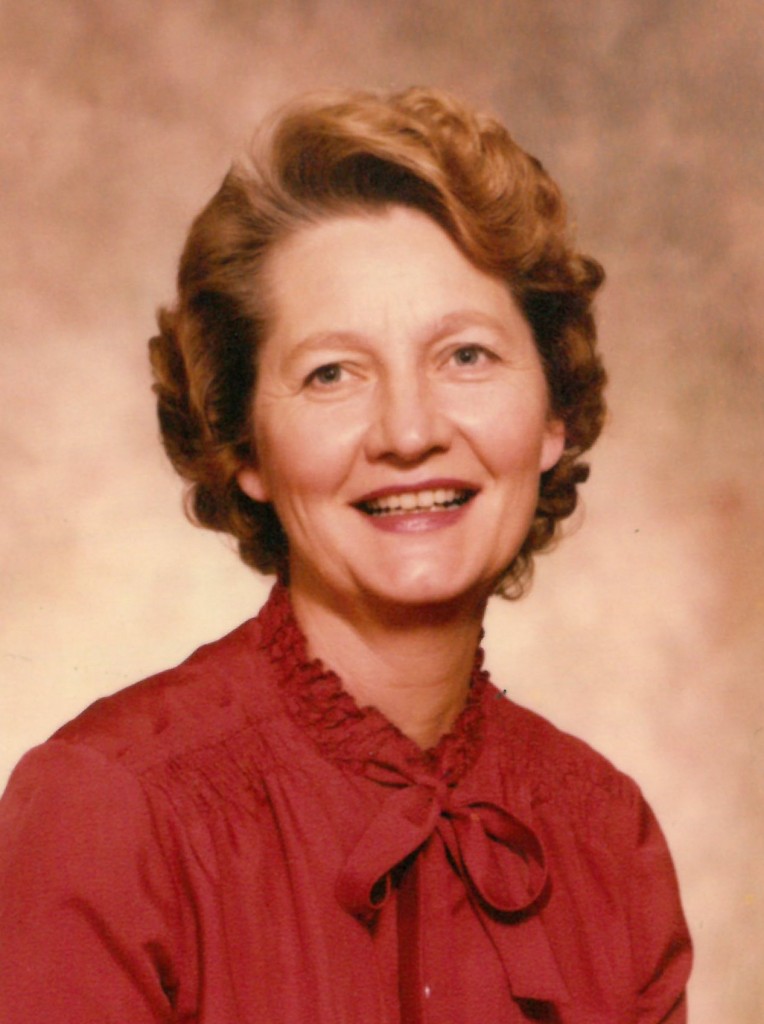 Bernice V. Hoff, formerly of Stevens Point and most recently of Touchmark Assisted Living in Appleton, passed away early Thursday morning, December 28 following a brief illness. She was surrounded by family continuously throughout her decline, giving us the opportunity to bestow upon her a small portion of the love and dedication that she poured out to all members of her family throughout her life.

Bernice was born in 1931 to Carl and Oral Henden at their farm in Viroqua, Wisconsin. Bernice graduated from Viroqua High School at the age of 16. At what is now UW-Platteville, she met the love of her life, a dashing member of the football team and fellow Biology student, Don Hoff. Bernice graduated with a degree in Biology and a new husband. They were happily married for 37 years until Don’s death in 1990. She later did post graduate studies in nutritional science at UW-Stevens Point after her boys left home. During her working years outside of the home, Bernice taught either Biology, History, or Home Economics at Benton High School, Racine County School of Agriculture and Home Economics (the last County High School in Wisconsin), Portage High School and she also substitute taught in Stevens Point and Iola. Bernice ran Hoff Plantations for a number of years after her husband’s death, shipping Christmas trees and nursery stock across the United States. She was a member of League of Women Voters, University Women, Portage County Rosemalers, a charter member of both Iola Lodge and Vennlefolk Lodge of Sons of Norway, Stevens Point.

Bernice was an avid world traveler, a very talented cook, artist, rosemaler, gardener, seamstress, conversationalist, listener, and dispenser of advice. A progressive environmentalist, her house was filled with books, both new and old, and on every subject. What she will be remembered the most for, along with her intense love of family, was her sense of humor. She laughed easily and often and always had a quick, clever response. Her witty retorts, even in the late stages of Alzheimer’s, delighted and amazed us.

A visitation for Bernice will be held Monday, January 1 from 4-6 p.m. at Wichman-Fargo Funeral Home, 537 N. Superior Street, Appleton, Wisconsin, 54911. An additional visitation will be on Tuesday from 10-11 a.m. at First English Lutheran Church 326 East North Street, Appleton with a church service to follow at 11. A memorial is being established.