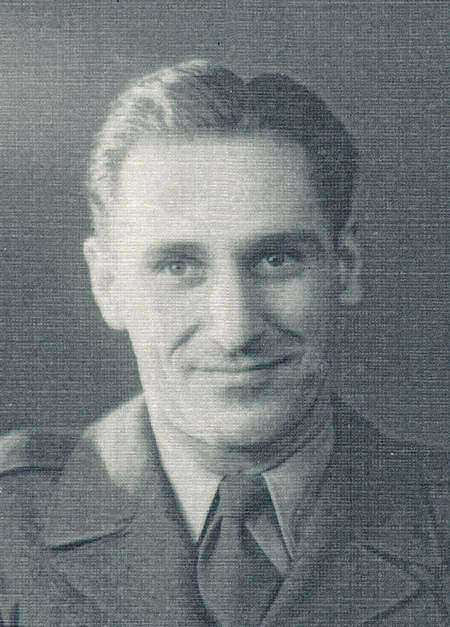 Bernard K. “Bud” Theisen, age 95, passed away on Veteran's Day, November 11, 2012 at Colony Oaks Care Center in Appleton. He was born on April 10, 1917 in Bear Creek, the son of the late Joseph and Elizabeth (Tillman) Theisen. On June 22, 1940, he was united in marriage to Helen Bringman. Bud served his country for two and a half years during World War II, having stationed in the South Pacific Islands as a member of 82nd Signal Battalion in Sapporo Hokida, Japan. In addition to returning home in good physical condition, he experienced a very rare stroke of luck by meeting up with his brother Maurice, who was a member of the Army Air Corps while the war was in progress. Following the Japanese surrender, Bud served with the Occupation Forces on the Japanese mainland as a staff sergeant with a technician rating. After the war, Bud worked for Kimberly-Clark Corporation for 35 years and then worked for three years for Mid-Tec Paper Corporation as an electrician before his retirement in 1979. He was a member of Kimberly-Clark Quarter Century Club, and a 47 plus year member of the Little Chute American Legion, Post #258. Bud enjoyed hunting, fishing, camping with his family, and playing golf. He will be remembered by all as a hard-working man and a good family provider who always put his family first.

Funeral Liturgy will be held at 11:30 a.m. on Friday, November 16, 2012 at St. Pius X Catholic Church, 500 West Marquette Street, with Monsignor James Vanden Hogen officiating. Friends and family may visit at the church on Friday from 10:30 a.m. until the time of service. Entombment will take place at 2:30 p.m. at Highland Memorial Park, Appleton. A memorial fund is being established in Bud's name.
Online condolences may be expressed at www.wichmannfargo.com
A special thank you to JoAnn Hamilton, his niece and caregiver, for all her wonderful care and support that she gave Bud and Helen throughout the years. Your kindness will never be forgotten.