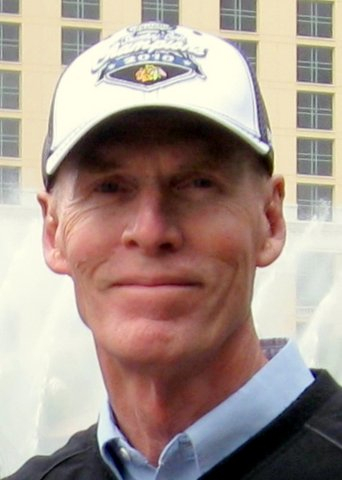 Bernard Lee Sandlin, 65, died peacefully at his home on July 31, 2014, surrounded by his wife and daughters after an eleven-month battle with cancer. He was born April 5, 1949, in Peoria, IL to James and Helen (Graham) Sandlin. He graduated in 1967 from East Peoria Community High School where he was a basketball star. Bernie attended Carthage College for one year and went on to UW-La Crosse where he graduated in 1972 with a BS in Physical and Health Education. He married Patricia Wanserski on August 24, 1974, at St. John's Catholic Church in Menasha. During his 32-year career in the Menasha School District, Bernie instituted the first health education curriculum, taught health and physical education in both middle school and high school, completed a Master of Science degree in psychology from California Coast University, and coached football, basketball, and track. Bernie was awarded Teacher of the Year in 2004.

A Memorial Gathering will be held from 2:00pm – 5:00pm on Saturday, August 9, 2014 at Wichmann Funeral Home – Laemmrich Chapel, 312 Milwaukee Street in Menasha. The Celebration of Bernie's Life will be on Sunday, August 10, 2014 at 3:00pm at Germania Hall, 320 Chute Street in Menasha. His family will receive guests from 1:00pm until the time of the celebration at Germania Hall.

In lieu of flowers, memorial donations given in memory of Bernie will be presented to Affinity Hospice and the Health and Physical Education Departments at Menasha High School.

Bernie was truly an inspiration to everyone he met. His ability to make others feel good about themselves was a gift he shared freely and will be dearly missed.

“It's been a long hard struggle for you, honey, but you're now in a place where 'everything works and nothing hurts'.”