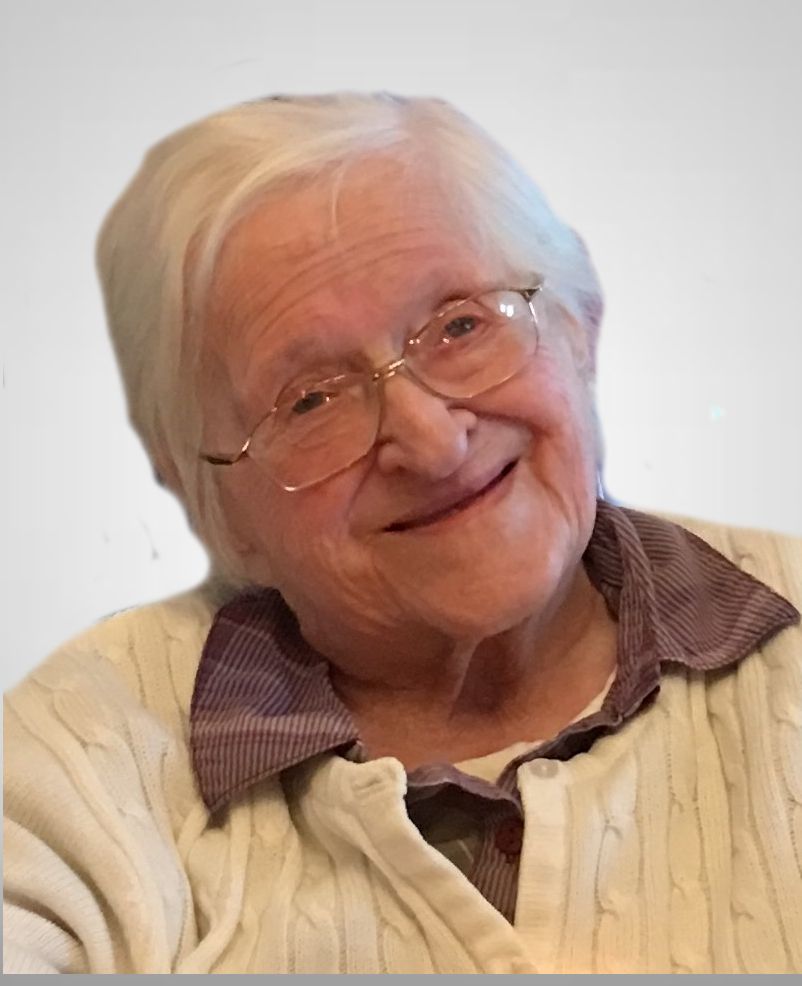 A resident of Helen's House in Appleton, passed away peacefully on Friday, April 7, 2017, to be with her momma, father and siblings at the age of 105. Barbara was born in Kenosha on December 4, 1911, the oldest child of Croatian immigrants, the late Frank and Rosa (Pavlic) Sebetic. She shared fond memories of playing with the neighborhood children and enjoying the bakery of the woman next door. Early in childhood, the Sebetics moved to Appleton, first on a farm picking rocks, pulling thistles and sneaking away to swim in the Fox River; and then, two other homes on Newberry Avenue. Her memories included long walks up and down the College Avenue hill to get to church at St Joe's; horse drawn buggy rides to Grishaber's General Store where Mrs. Grishaber always had some treats for them or her dad bought them ice cream; the doctor's house call to remove her tonsils by gas lamp on their kitchen table; and all day movie marathons with her mom at the old Appleton Theater. Barbara also had a very special relationship with the Schiltz family over the years.

Barbara was a hard worker whether at the Chair Factory, Tuttle Press or the then Oakridge Gardens nursing home; but she will most be most remembered for her deep faith in God, the love of her family and her love for reading. Even in her final days she could be heard reciting the Our Father and talking to God.

While her brother Nick worked at the mill, Barbara retired to stay at home to take care of her mother and father. Barbara and Nick never married; they lovingly took on the role of caretakers for their parents; and then each other up until Nick's death in July of 2003. Prior to that time, together they took many road trips exploring Wisconsin and visiting relatives. And of course there was the weekly visit to The Book Store on Northland Avenue to trade in her books for some new “The Cat Who”mysteries or the series of “When Love Comes”.

In 2003, Barbara's life began a journey that no one would have anticipated. She learned to love pizza and Mountain Dew; she was always drinking her “beer” (chocolate milk); attended Timber Rattler games and went to Lambeau Field. There were road trips to visit cousins in Stevens Pont and Door County. She enjoyed going to watch her great nephews' and nieces' sporting events. Her true joy was spending time with her family as much as she could; particularly with the little ones … her great-great nephews and nieces. She always looked forward to the next family holiday or birthday celebration.

Barbara had the most wonderful life; but now God has called her to be with her family who preceded her in death: father, mother, sisters: Anna Sebetic, Mary Sebetic, Theresa (Ralph) Cotter, baby Rose; and brother, Nickolas. In addition, she was preceded in death by 'special sister', Evelyn Cotter; great-nephew, Ben Lindsley; and many other relatives.

Funeral services will be held on Tuesday, April 11 , 2017, at 10:30 AM at the Jansen Fargo Funeral Home, 204 E. Kimberly Avenue, with Deacon Bud Klister officiating. Interment will be at the parish cemetery. Visitation will take place on Tuesday at the funeral home from 9:30 AM until the time of the service.

Our family would like to thank Barbara's caregivers during the last 14 years: Cheryl and her entourage of angel helpers at the Villa. And most recently, the angels at Helen's House that modeled a “family” environment and were never more than a few feet away from meeting Barbara's every need. We will be forever grateful.