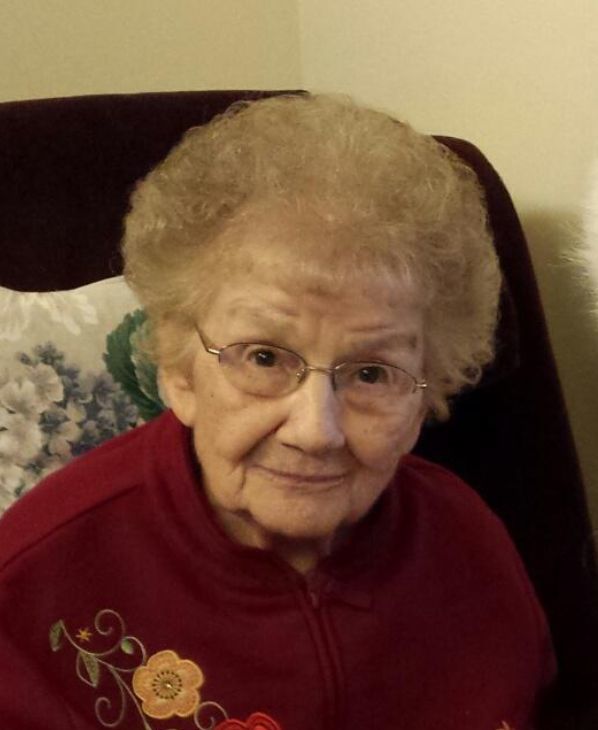 Barbara Pauline (Heinemann) Pankratz, 96, of Appleton, passed away November 16, 2016 at Brewster Village. She was born in Appleton, March 4, 1920, daughter of Moritz and Margaret (Fischer) Heinemann. Barbara was a graduate of St. Mary's Catholic High School, Menasha. On Nov. 8, 1941, she was united in marriage to Leo Pankratz at St. Joseph's Catholic Church in Appleton. After their marriage, they lived for a short time in Custerdale, near Manitowoc, before returning to live in Appleton.

Early on Barbara worked at the Appleton Scolding Locks factory. She then worked for many years as a cook at the St. Joseph's School cafeteria, and then later as a cook at Home Mutual Insurance Co. (Secura). Barbara made many friends over the years at her various jobs. She volunteered for years at St. Joseph's Parish, and at the St. Joseph Food Pantry. Barbara had lifelong friends in two card clubs, one that started when she was 14, and the other around 1957. She was also a longtime member of St. Joseph's Christian Mother Society.

Funeral Liturgy will be held on Saturday November 19, 2016 at 11:00am at St. Joseph Catholic Church, 410 West Lawrence Street in Appleton with Fr. Jim Leary, O.F.M. Cap. Officiating. There will be a visitation at the church on Saturday from 9:30am to 11:00am. Burial will be at St. Joseph Cemetery of Appleton. For more information and to express condolences, please visit www.wichmannfuneralhomes.com.

The family would like to thank the wonderful people of Brewster Village who treated mom like family. Also thank you to ThedaCare at Home Hospice for the wonderful assistance and care given.